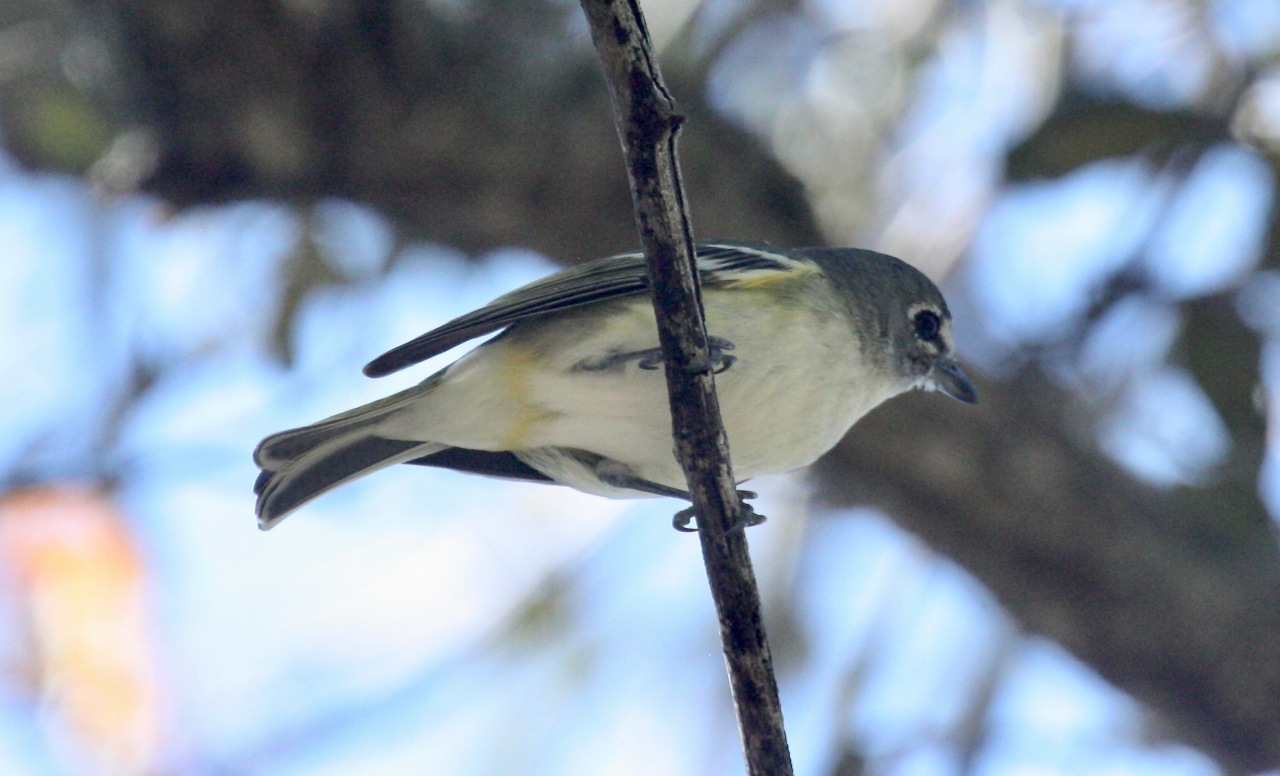 This Blue-headed Vireo (Vireo solitarius alticola) is the larger of the two subspecies. The smaller one, Vireo solitarius solitarius, migrates down to Mexico for the winter before returning to breeding grounds in Pennsylvania, New Jersey, and Canada.

As you can guess from my photo, the former chooses to overwinter along the Gulf Coast, a super long commute from their home territory in Georgia. Why go the extra distance if you don’t need to?!

As the binomial suggests, these birds do not flock together. At least not with their own kind (though they can occasionally be seen hanging out with sparrows). 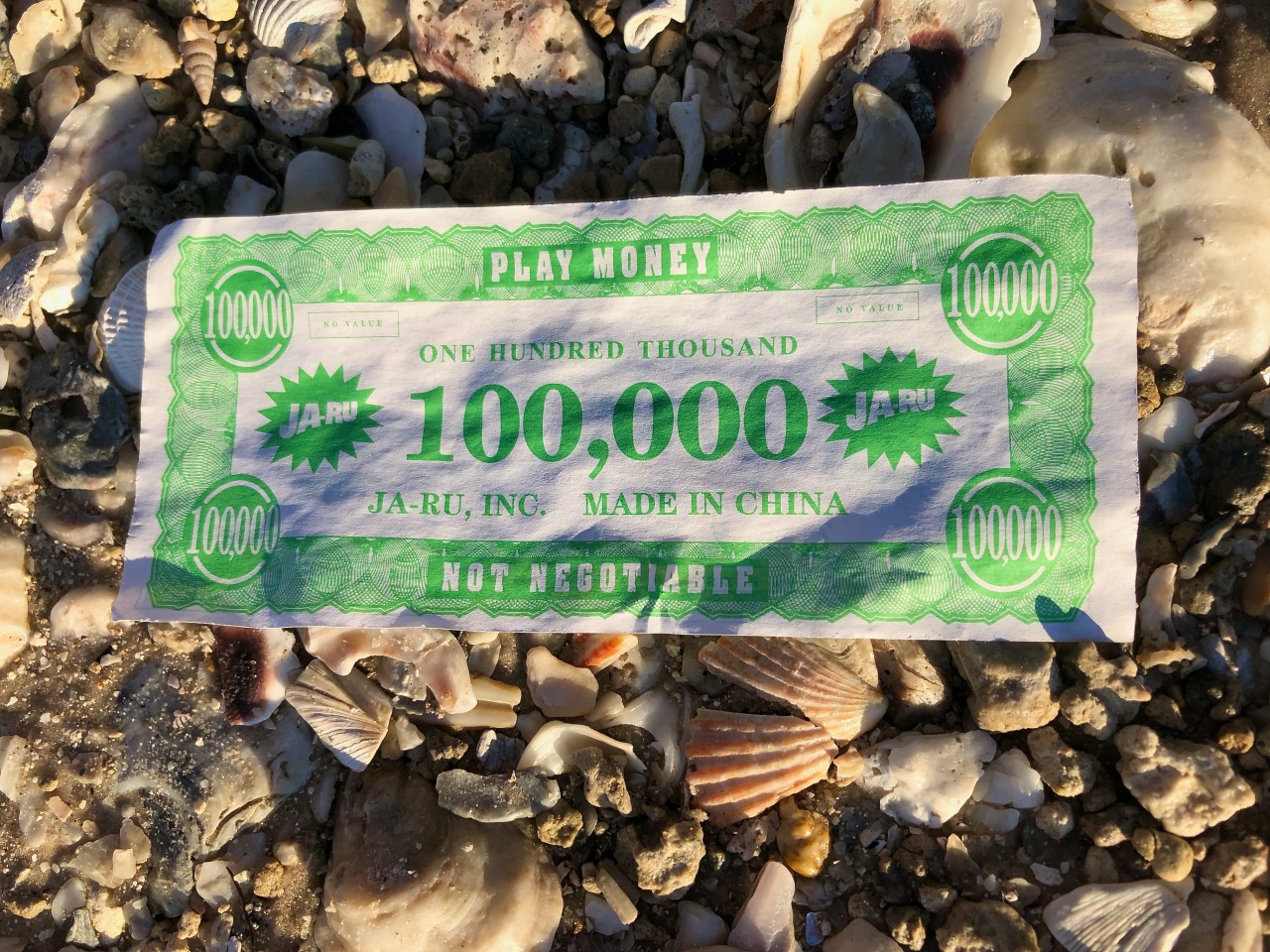 On my last trip, I espied this green rectangle from a distance and though it looked a little funny I was hopeful that I would get my wish and find a bunch of money. Technically, it was $100,000 (which is a lot of money to me). It just happened to be play money.

Once again, I was reminded that though the universe conspires to help me, I need to be a lot more specific with my wishes!

I encountered a few birds during my recent foray to an inland park. I first spotted this one hopping on the ground but missed a shot at it when a some kids ran by and flushed it. Disappointed, I turned away and was distracted by a nosy squirrel.

(By now everyone should hear the word “squirrel” in Dug’s voice from the movie Up.)

But I digress. I was given another go at this bird when it flew up into a nearby tree. I didn’t get great shots and from this one I would’ve had difficulty identifying the little bugger. 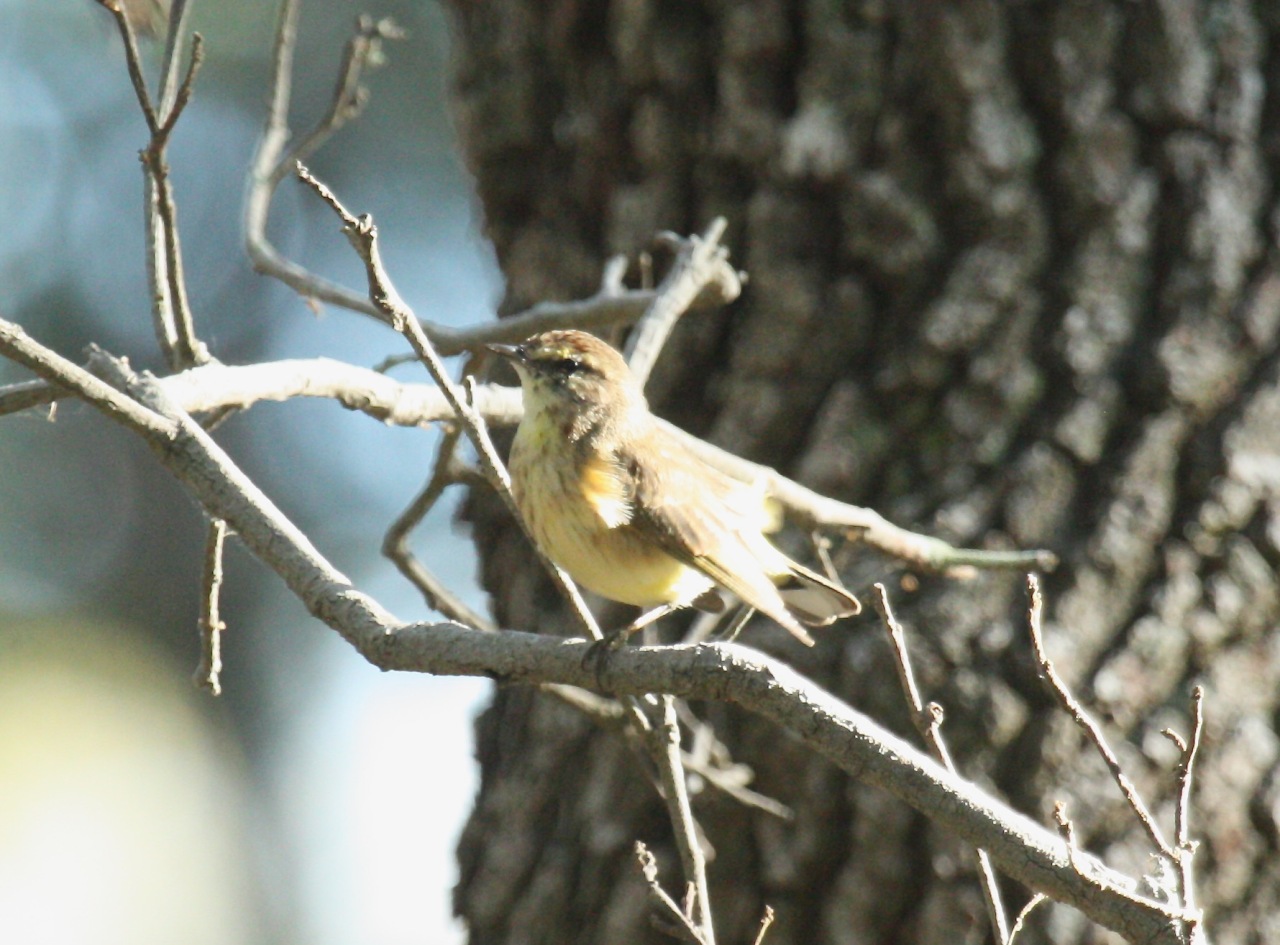 Thankfully, the ensuing shot caught a different angle which simplified it for me, as the yellow undertail coverts are distinctive on a Palm Warbler (Setophaga palmarum). One of the many reasons I take so many photos when I’m out and about, I just never know which snap is going to give me what I need. 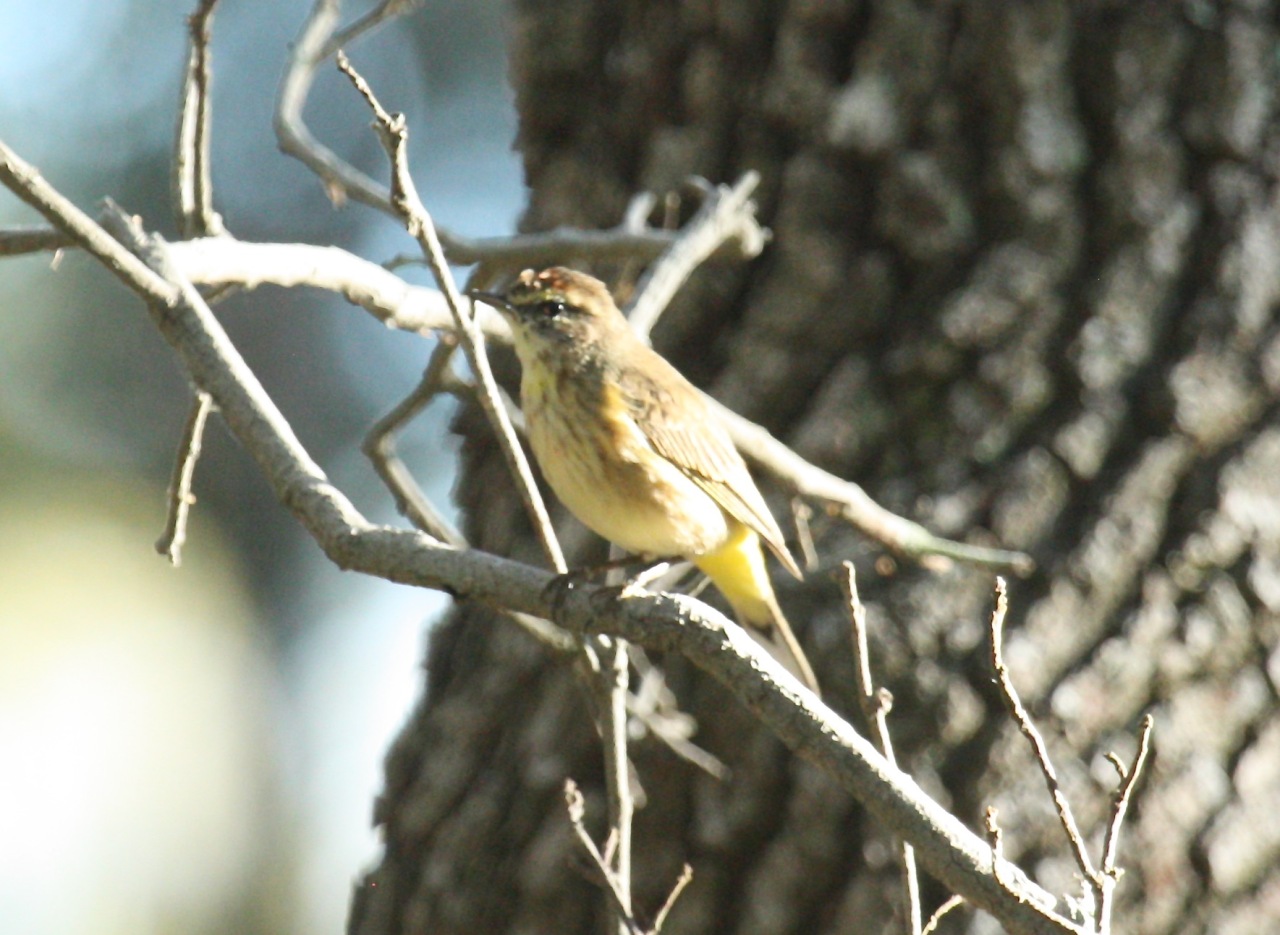 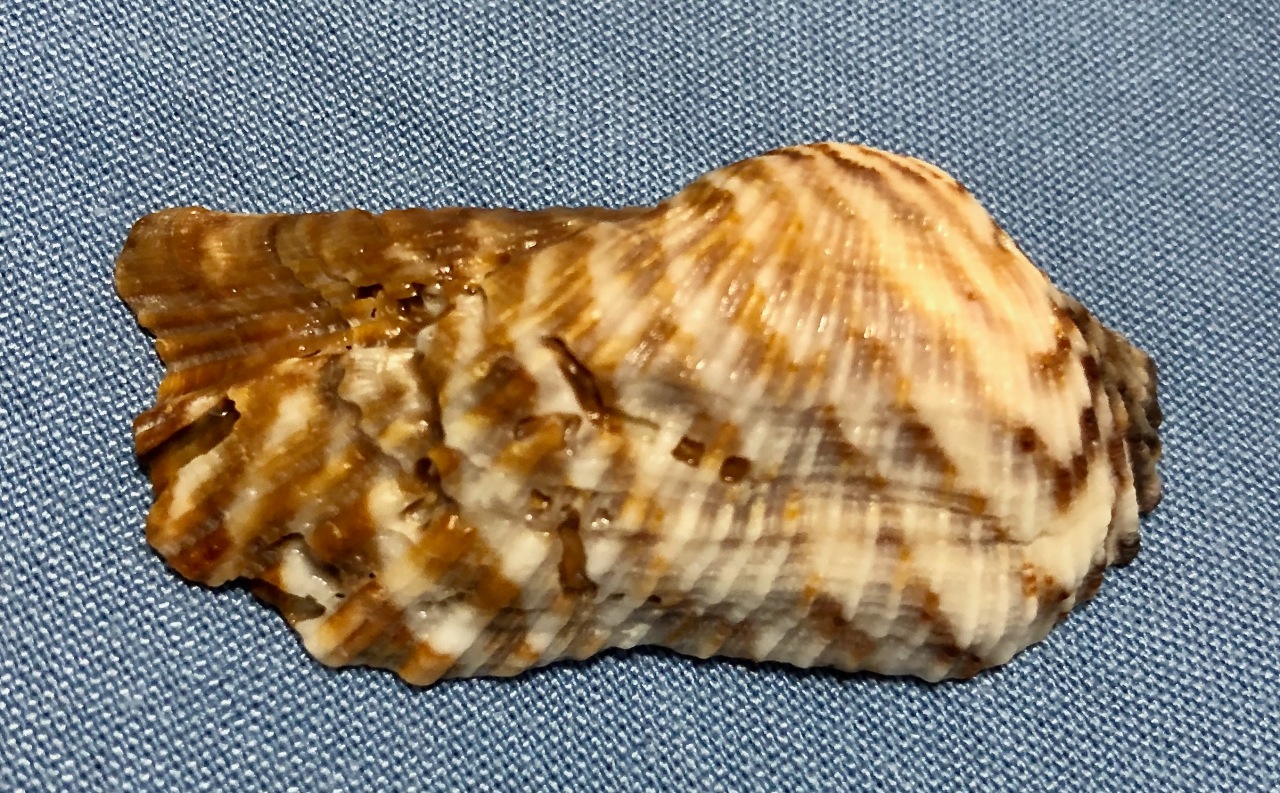 Commonly found on my beach, the Turkey Wing Ark Clam (Arca zebra) averages about 2 inches long and was named for its resemblance for a couple objects. The first part of the name I understand, with the brown and white stripes it does somewhat resemble an outstretched turkey wing.

The ark part is more of a reach for me. Apparently, the long flat section near the hinge reminded people of the deck of an old wooden boat, like Noah’s ark. Umm, yeah, I’ll have one of whatever those people were drinking! 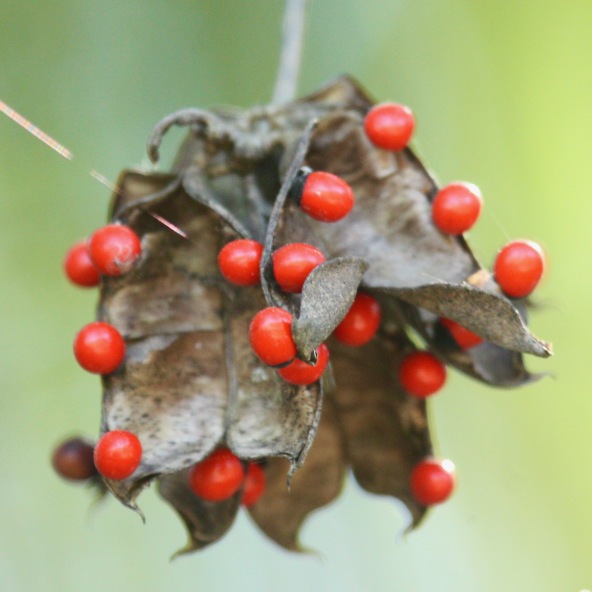 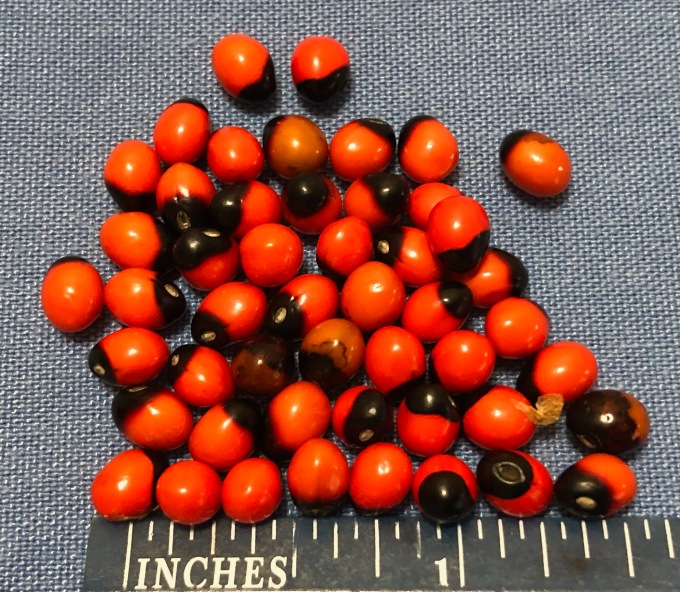 A bright flash of red caught my eye as I wandered a nearby park this afternoon. Upon closer inspection, the hard, cardinal-colored seeds reminded me of those from a plant I grew up with in the Sonoran Desert of Southern Arizona; Coral Bean (Erythrina flabelliformis).

The Rosary Pea (Abrus precatorius) and Coral Bean do have a couple similarities;  both are legumes and the interior of both their seeds is highly toxic. A major difference is that the Rosary Pea is not native to the states and the level of toxicity far surpasses that of the Coral Bean.

In fact, the abrin contained within is twice as potent as ricin (the chemical weapon of choice for assassinating people critical of the Russian government). As such, abrin is listed as a controlled substance under the Terrorism Act.

This should come as no surprise, but in 2014 a Florida man was arrested for selling abrin on an underground, terrorist website. It makes me wonder, do Florida men take an oath or something? “If it ain’t insanely stupid it ain’t worth doing!”

Now, how does something so dangerous get an innocuous sounding name like Rosary Pea? Well, it is quite attractive and the seeds have long been used for human ornamentation, including rosaries. In the West Indies the seeds are still worn to ward off evil spirits. Another, more utilitarian usage has been as a standard weight measurement since the seeds are so consistently sized.

As you can see, I collected a few (for decorative purposes only, I promise).

I believe the world is incomprehensibly beautiful –

an endless prospect of magic and wonder. 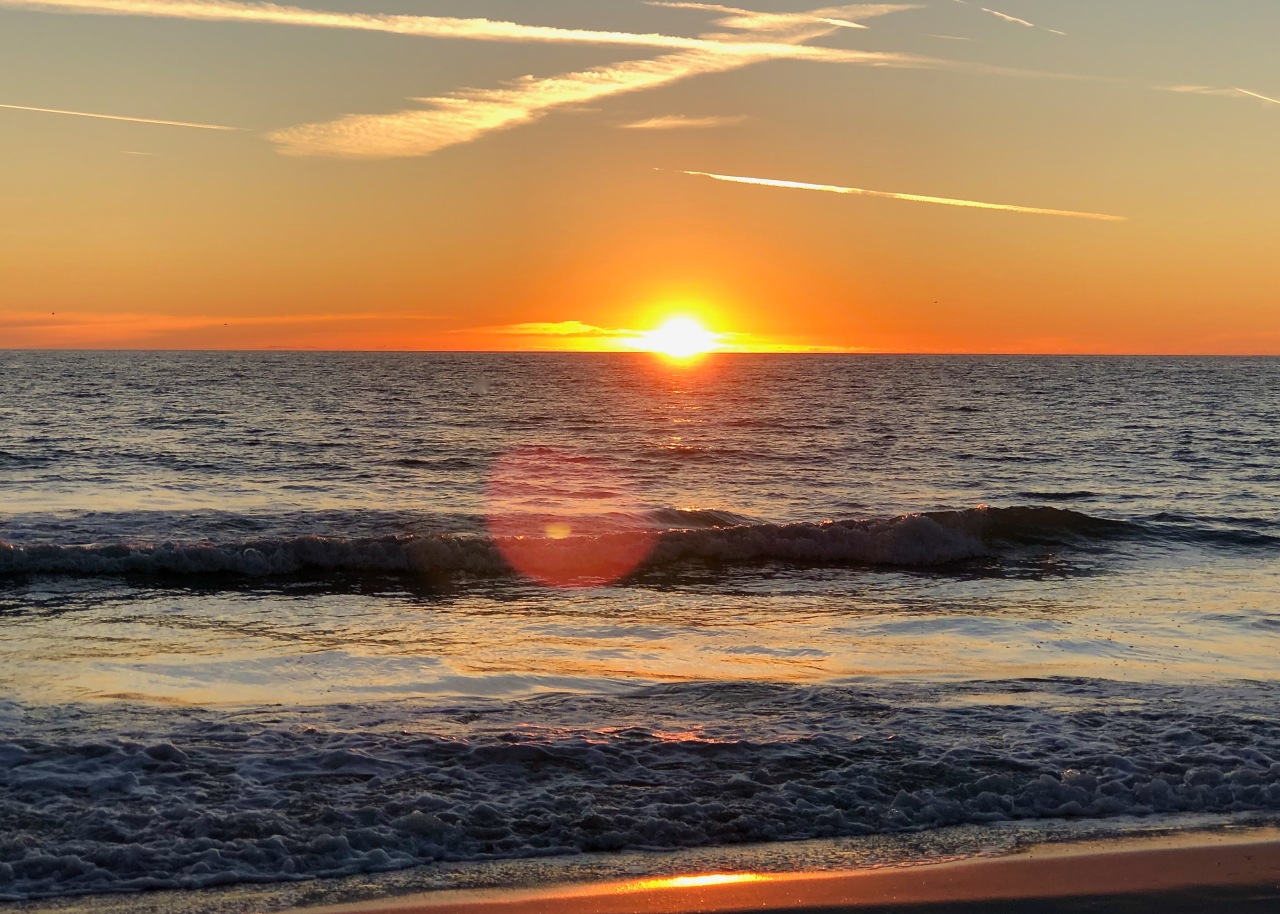 I like this fun romp by Caroline Jones for a few reasons. It was written by one of my favorite artists, Jimmy Buffett (with Mac McAnally), her backup band consists of Jimmy, Kenny Chesney, and Lukas Nelson (two more of my favorites), it mentions some places along the Gulf Coast that are special to me, and it just feels like a little bit of summertime.

“I love Pensacola, and Apalachicola, and Tampa, St. Pete…

…Cause I’m a gulf coast girl, partial to the warm winds and the salty water…

We can surf Boca Chica and Galveston Bay, ride horses on the beach in South Padre.

No, we’re not in Kansas. Hola, Port Aransas!”

For a number of reasons, I am very thankful that I don’t have to do a lot of driving here in Florida. Number one is probably just plain safety, Florida has some of the worst accident rates in the country. Their auto insurance rates reflect those statistics, I am now paying double what I paid previously (and I’ve lived in three different states recently: Texas, Oregon, and Arizona). I almost fell out of my chair when I received the quote – ouch!

The other reason has to do with the traffic signals. To the best of my knowledge Florida doesn’t utilize smart signals (that sense traffic, or lack thereof) and they have the longest greens I’ve ever seen. Which can be a good thing if you’re on that side of the light but sitting at reds feels like a sort of slow torture (especially for little, ol’ impatient me).

I am happy to know that I am not the only one who feels this way, as evidenced by this gif that I discovered recently. Note: it’s not mine and I don’t know who to give credit to but someone deserves a shout out for it! 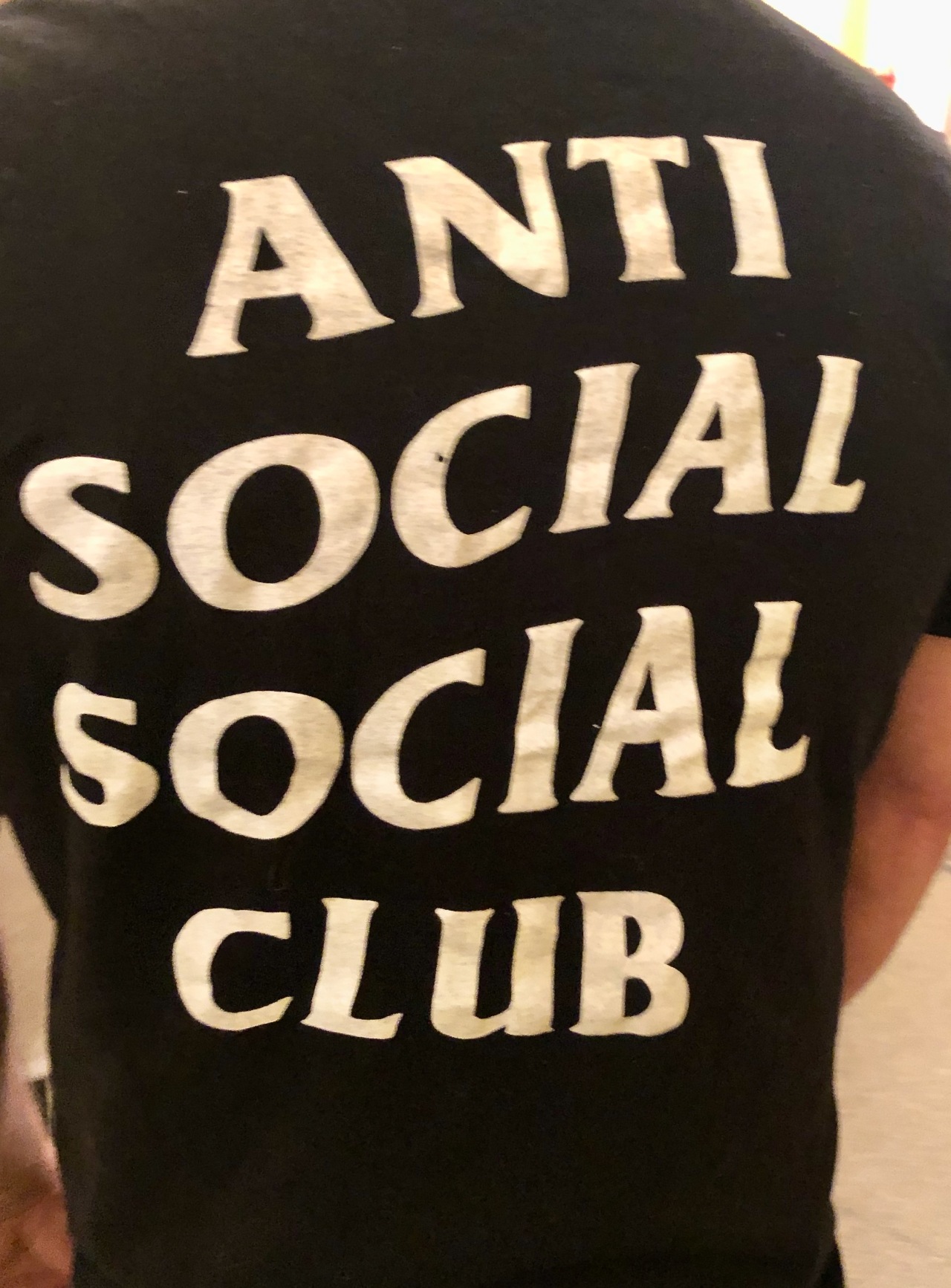 I presume it is easy to find meeting space and the club meetings must be short, since there is nothing to discuss with anyone. 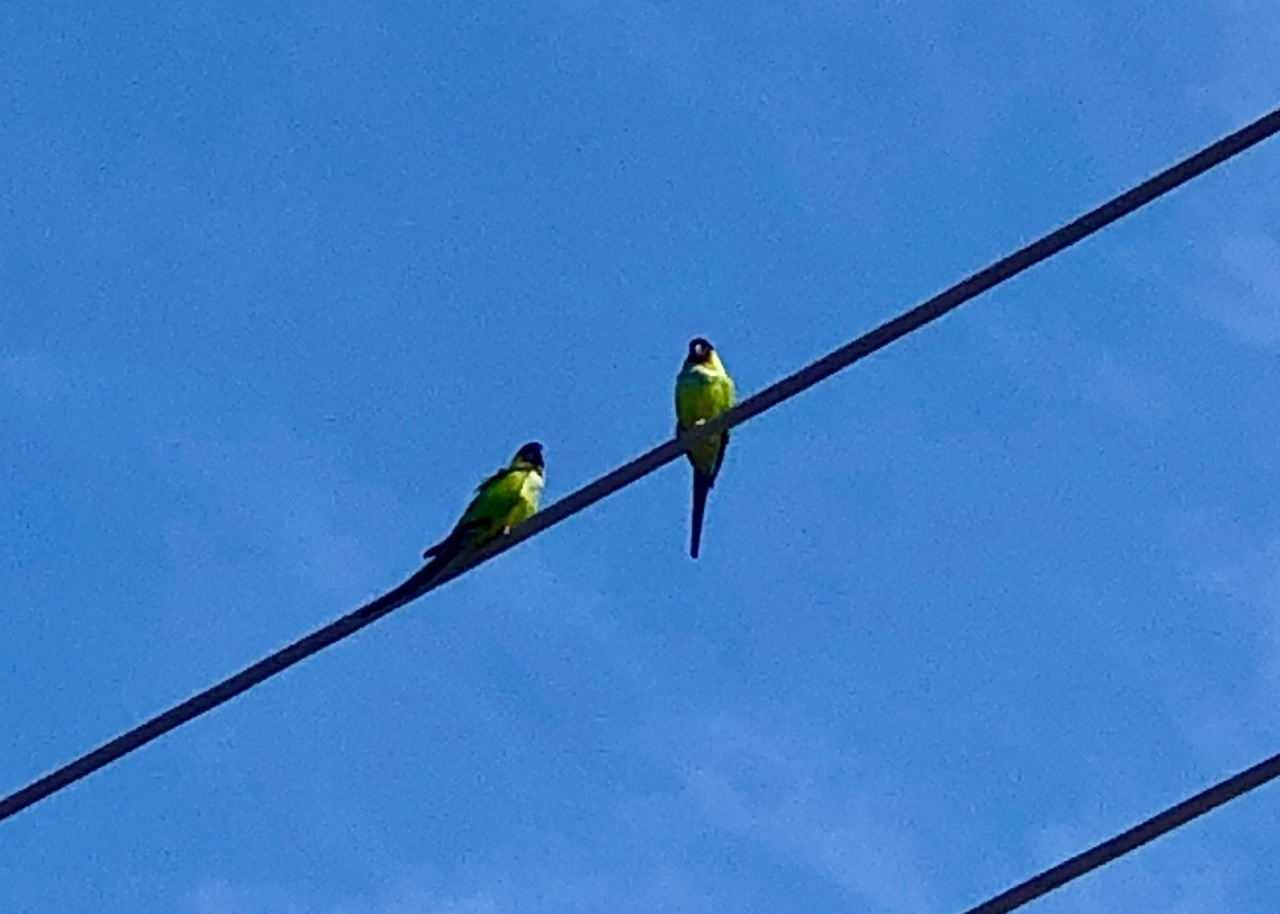 I heard these two Nanday Parakeets (Aratinga nenday) before I saw them while walking to the beach this afternoon. Please excuse the grainy photo, I only had my mobile with me. Their perching talk is aptly described as grating chatter. The two mockingbirds on the wire below them (not pictured) were decidedly unimpressed with their vocalizations.

Native to South America there is a breeding population here in the St. Petersburg area, resulting from either intentional or accidental releases as part of the pet trade. The first wild sightings were recorded back in 1969, so they’ve been around for quite some time.

For obvious reasons, it also goes by the common name Black-hooded Parakeet. Now, those of you who know me, can you figure out what’s bothering me about the common name and Latin binomial? I can’t find an answer and it’s driving me nuts!