It astounds me the conditions that fishermen challenge in order to make a living. Last week, the Dungeness Crab season finally opened so I’ve been watching the boats from my window. At night, and even in the day during the big storms, I can see their lights bobbing on the tumultuous waves. I’m inside where it is peaceful, warm, and dry while they are out on the ocean buffeted by the howling wind, drenched by cold waves (50 degrees F), and soaked by the driving rain.

They are far more daring than I (yep, proud landlubber here). According to a display in the Pacific Maritime and Heritage Center in Newport, “The Oregon Dungeness Crab fishery has almost 2.5 times more fatalities than the commercial fishing average.” 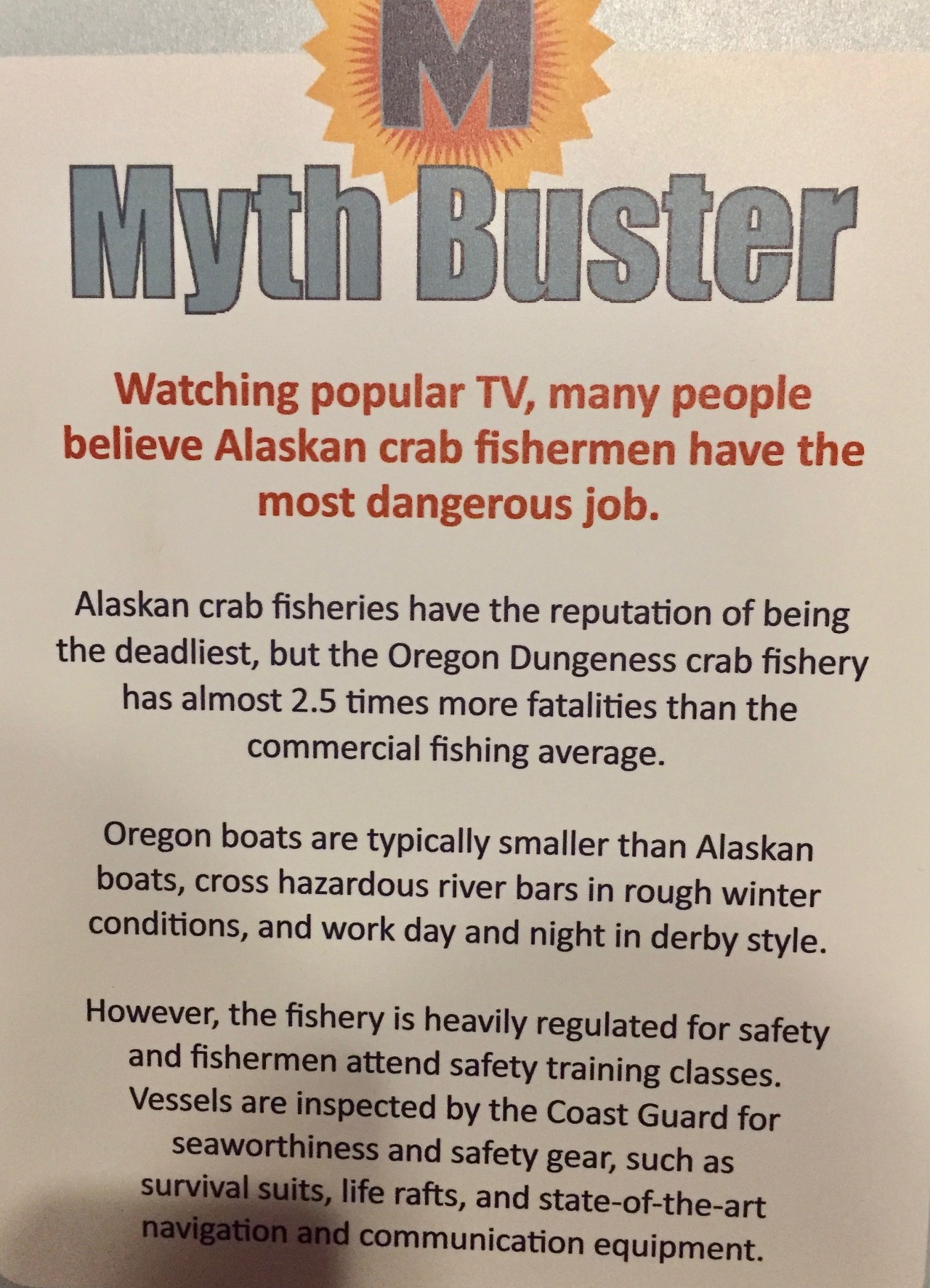 Since many of these captains have been doing this for decades, they obviously have the necessary skills. They know lives are on the line and while they are daring they are not reckless. Which brings to mind that saying about pilots, “There are old pilots. There are bold pilots. But there are no old, bold pilots.” I would argue the same holds true for boat captains.

Sadly, the Newport fishing fleet lost a member last night. The Mary B II was attempting to return to harbor to avoid an incoming storm when a wave broke it apart while crossing the Yaquina Bay Bar. The boat succumbed to one of the big dangers mentioned in the display, “cross(ing) hazardous river bars in rough winter conditions…”

The two crewmen’s bodies were found on nearby beaches, but the captain went down with his boat. The winter storms up here along the Pacific Northwest Coast are ferocious. My heart aches for the families of the men who lost their lives.