An Arid and Dusty Hellscape?!

Stephen and I are in the middle of our first tiff. Don’t get me wrong, I like the guy. I admire his impressive intellect, his boyish good looks, his undeniable charm, and his sensational sense of humor but those attributes were dreadfully diminished when he mocked my fair city.

At the 25th minute of his 10-29 show Stephen Colbert crossed the line by saying, “Mars has long been thought of as an arid and dusty hellscape where no one would want to live. Which is why it is often called the Tucson of space.”

Oh, Stephen, you were almost right. You were only off by 90 miles. Everyone in Arizona knows that the place most similar to the hellscape of Mars is Phoenix. Don’t believe me? Compare the dust storm in The Martian with news footage of recent haboobs in Phoenix. ‘Nuff said.

I think we can patch things up. Stephen, I’ll happily give you a tour of Tucson so that you don’t embarrass yourself on national TV again. Oh, and when you come over, bring some ice cream. Americone Dream will do nicely… 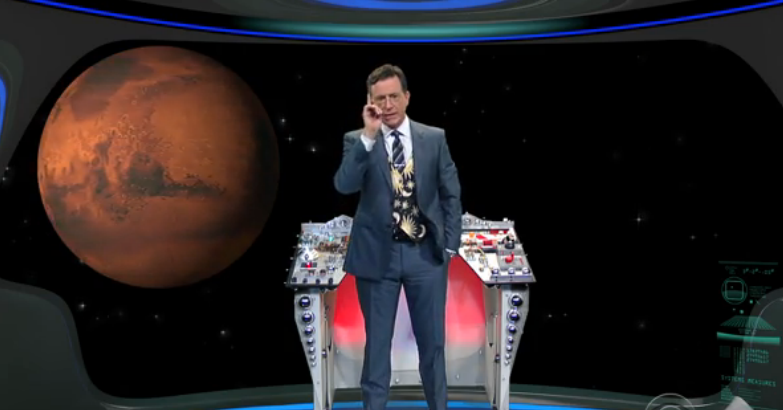