A few weeks back I scratched my itch to wander by driving the Three Capes Scenic Route. This used to be branded as the Three Capes Loop but a section of road north of Cape Meares collapsed in a landslide in 2013 and ODOT doesn’t have the funds necessary to rebuild it. Thankfully, I have my memories from driving the route in years past.

Since I was heading up from the south, my first cape was Cape Kiwanda by Pacific City. Next up was Cape Lookout but before I reached it a small sign by the road announced that the Jacobsen Salt Company was open. Ever curious, I pulled in to check it out. In the small gift shop I learned that Ben Jacobsen started the company in 2011 by pumping up water from Netarts Bay at high tide.

As they proudly proclaim, they are the first salt works on the Oregon Coast since the Lewis and Clark expedition in 1805. There’s quite a bit of effort involved in reducing seawater to fluffy, white flakes. In the early days of civilization, salt was a precious commodity and if you’d like a fascinating, in-depth look at this mineral that we keep on our tables I highly recommend reading Salt by Mark Kurlanksy.

My last stop was the lighthouse at the Cape Meares Scenic State Viewpoint. Though decommissioned in 1963, the lighthouse (built in 1889) has been carefully restored. The lighthouse’s revolving Fresnel lens produced a specific “characteristic“: 30 seconds of white light followed by a five second red flash. On good nights, the light could be seen 21 nautical miles away.

It was warm up by the lens during my tour courtesy of a sunny afternoon, imagine the intense heat back when the light was powered by burning oil! Overall, it was a lovely way to spend a day. 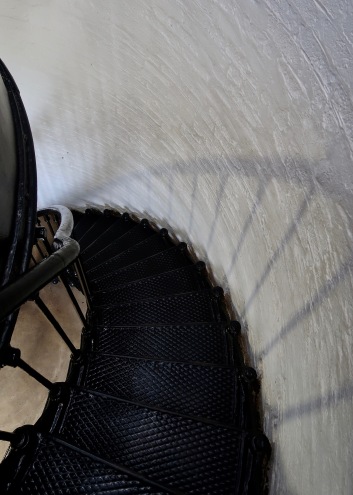 Wheels for Rotating the Lens 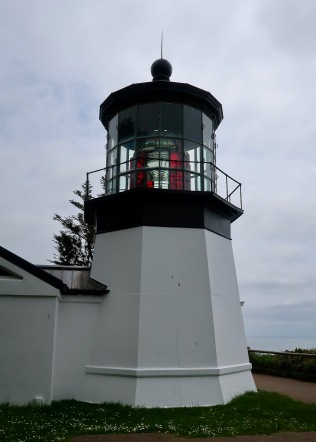 I avoid looking forward or backward, and try to keep looking upward. 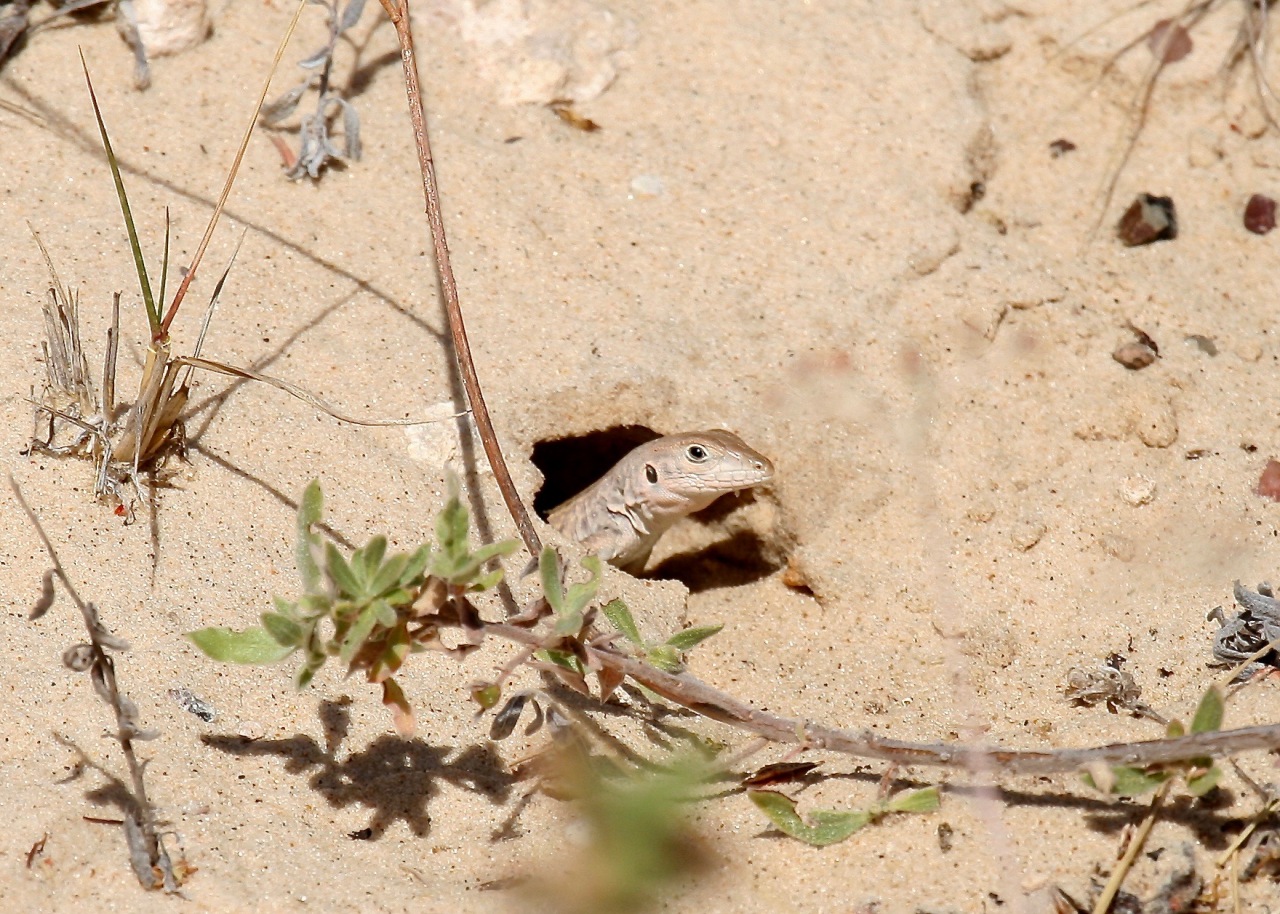 All I can do is be me, whoever that is. 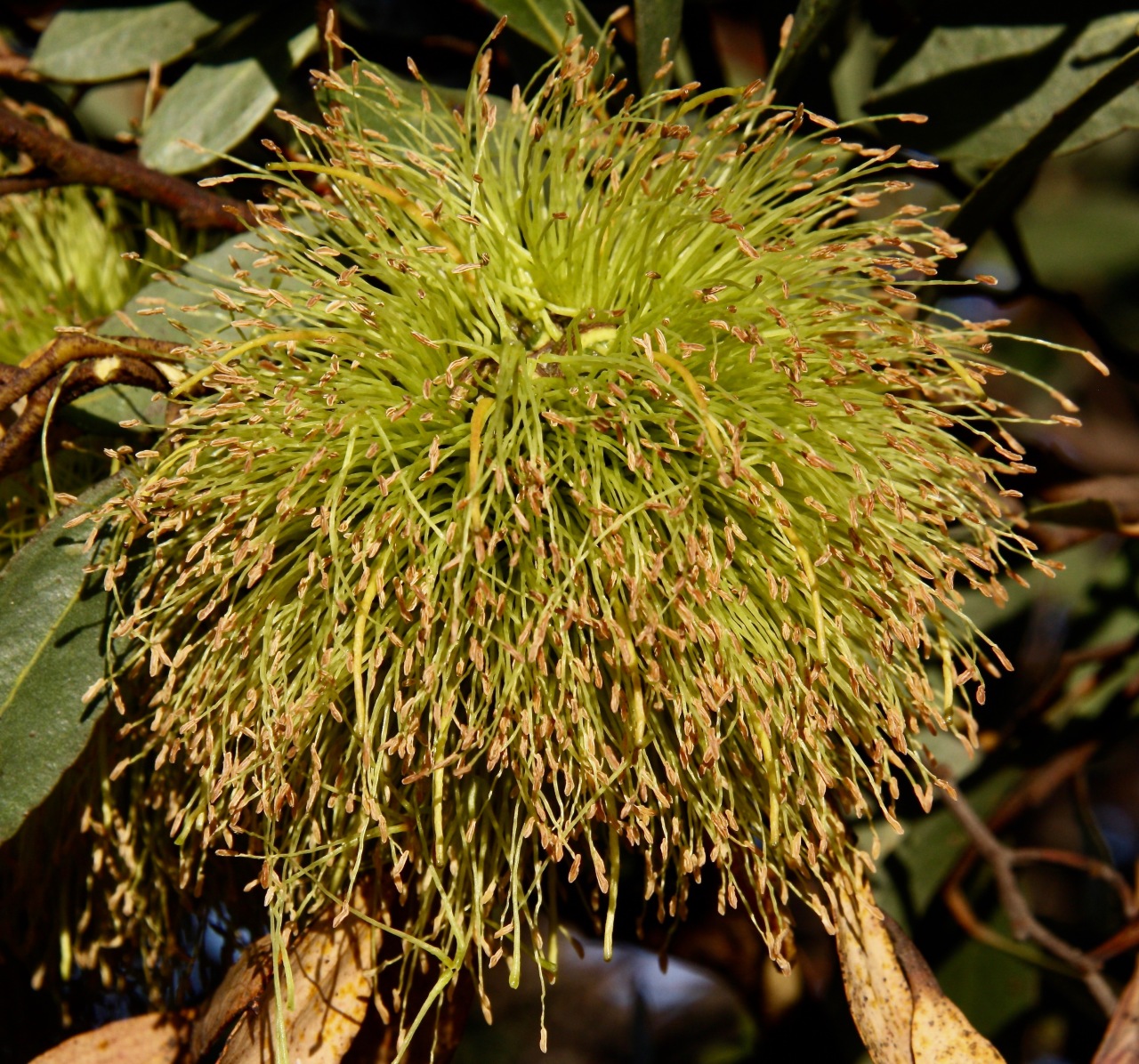 Seize the moments of happiness, love and be loved.

Stay close to anything that makes you glad you are alive.
~ Hafiz

The Last of May

The weather continued to be capricious here on the Oregon Coast – but there is beauty in all her many moods. Often times I had the beach to myself, so I could wander and explore to my heart’s content. Whether at the beach or inland the last couple weeks of May were full of new discoveries: Giant Acorn Barnacle molts, Dungeness crab molts, Townsend’s Mole, more blooms, and lots of they-look-better-than-they-taste-Salmonberries.

Speaking of Salmonberries, I wonder if they are relatively bland since they are the first berries of the season? Perhaps there is no need to be sweet since they have no competition, unlike berries later in the summer? Regardless, they are wonderful eye candy! 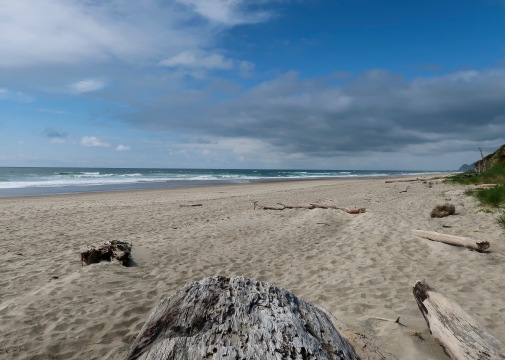 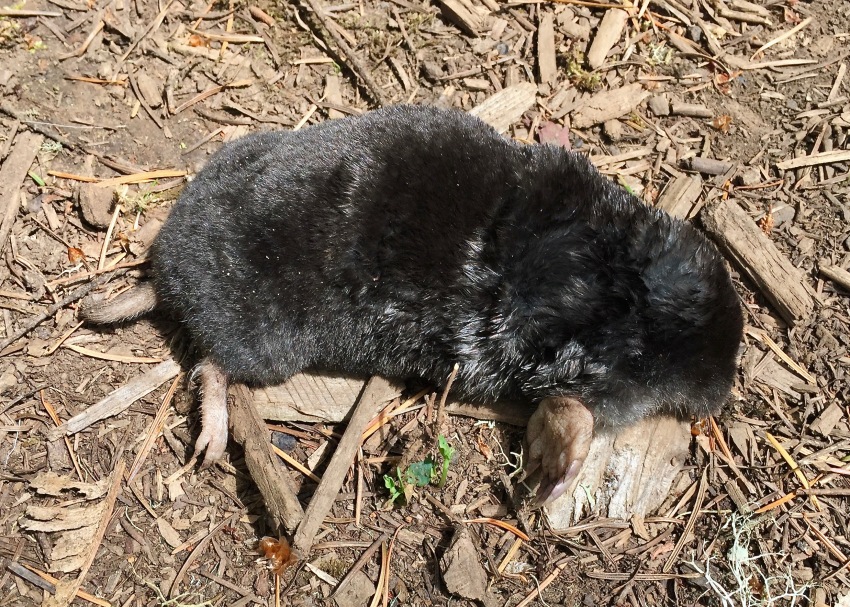 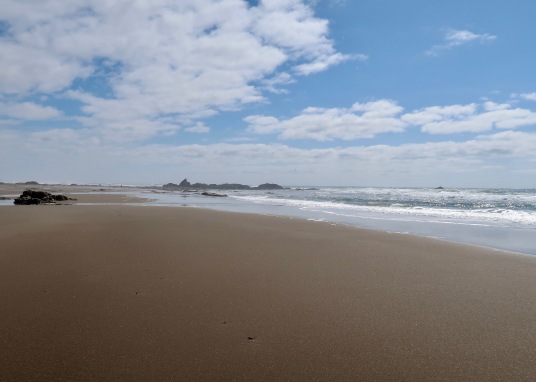 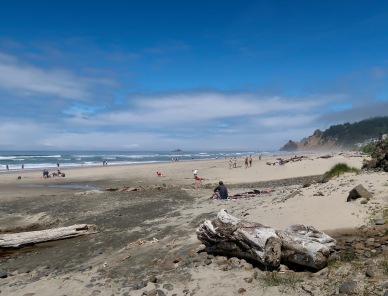 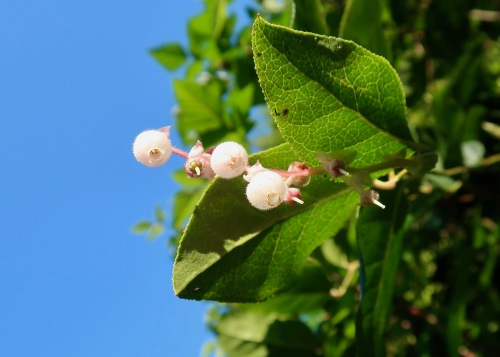 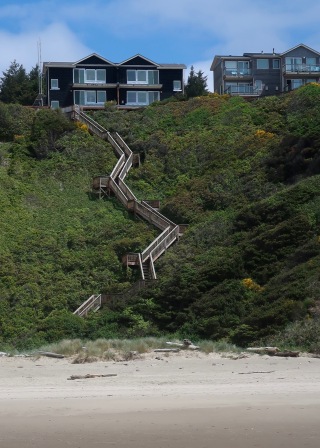 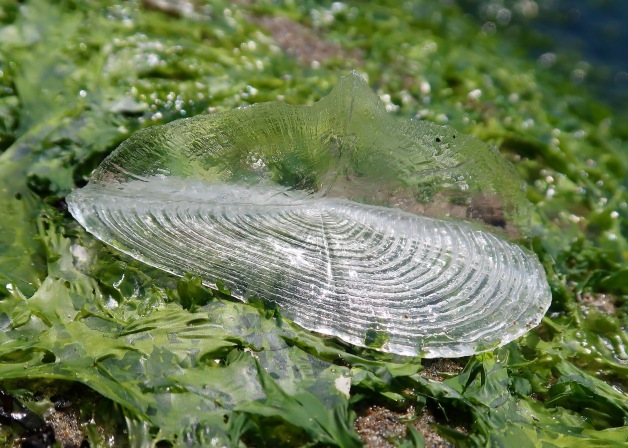 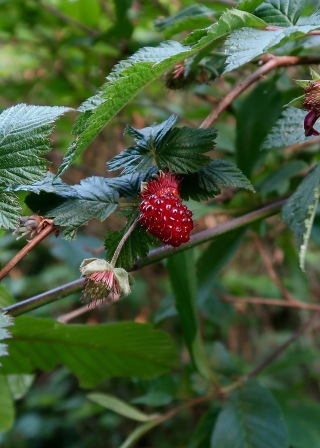 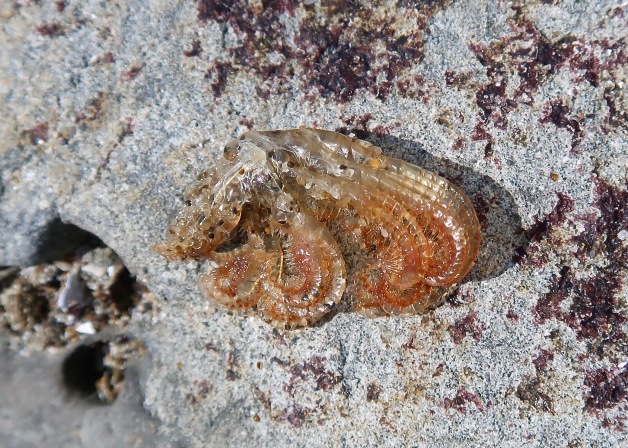 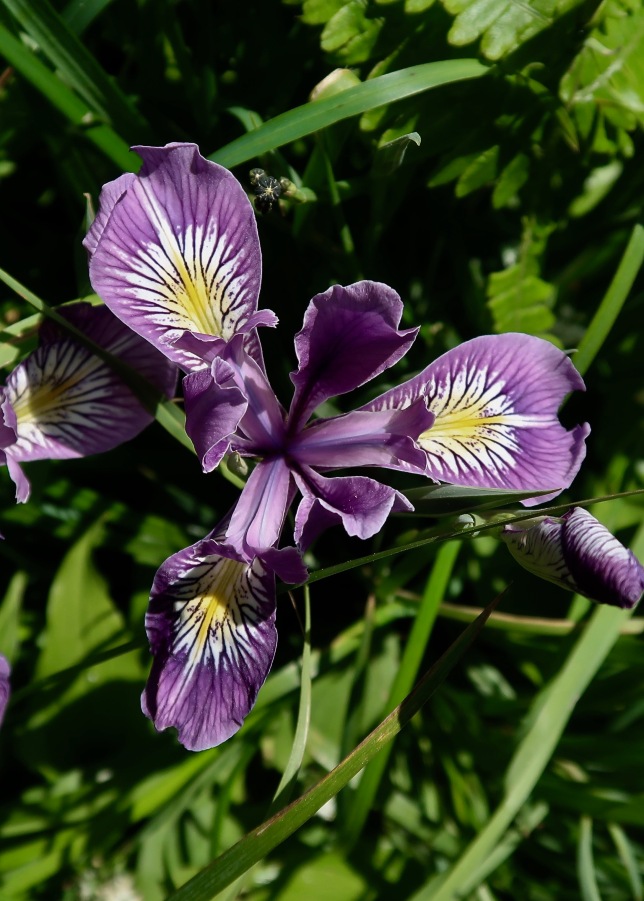 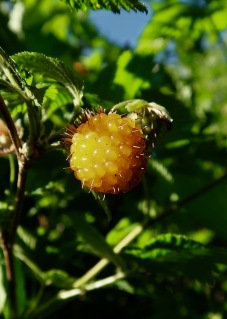 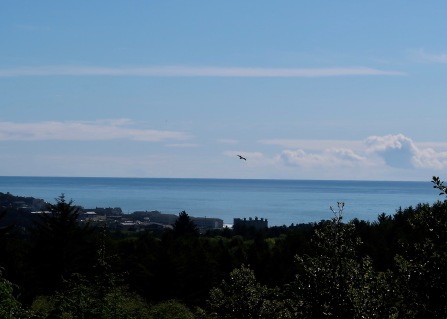 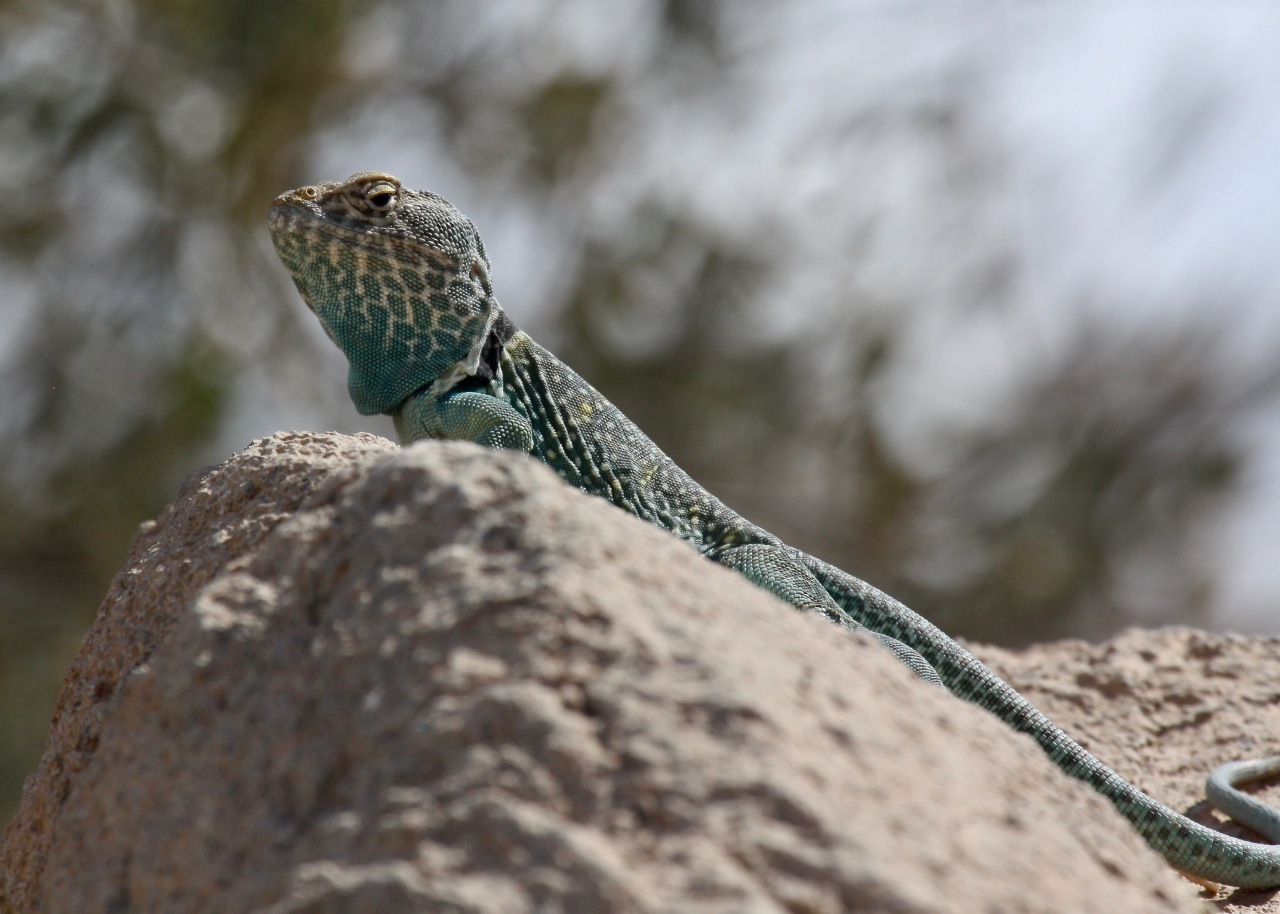