I noticed the James Museum of Western and Wildlife Art in downtown St. Petersburg right after moving here. To a woman from Southern Arizona, it certainly seemed out of place in Florida, so I added it to my list of things to explore. Unfortunately, life and the chaos of 2020 prevented my visit until yesterday.

The 26,000sf museum opened in 2018 to showcase the personal collection of Tom and Mary James (members of the Raymond James family). It was Tom’s childhood fascination with the Wild West that gradually grew into a diverse holding of art. The majority of the works are by contemporary artists, including one gallery of work by native peoples. Of course, some of the big names in Western art were also represented: Frederic Remington, Charles Russell, Edward S. Curtis, and Maynard Dixon (my personal favorite).

Hanging on the wall near a Maynard Dixon, was this peaceful scene. As I leaned in closer, two things jumped out at me. One, the painter, Edith Anne Hamlin, was married to Maynard Dixon but most importantly, the name of the piece: Morning on the Rillito. 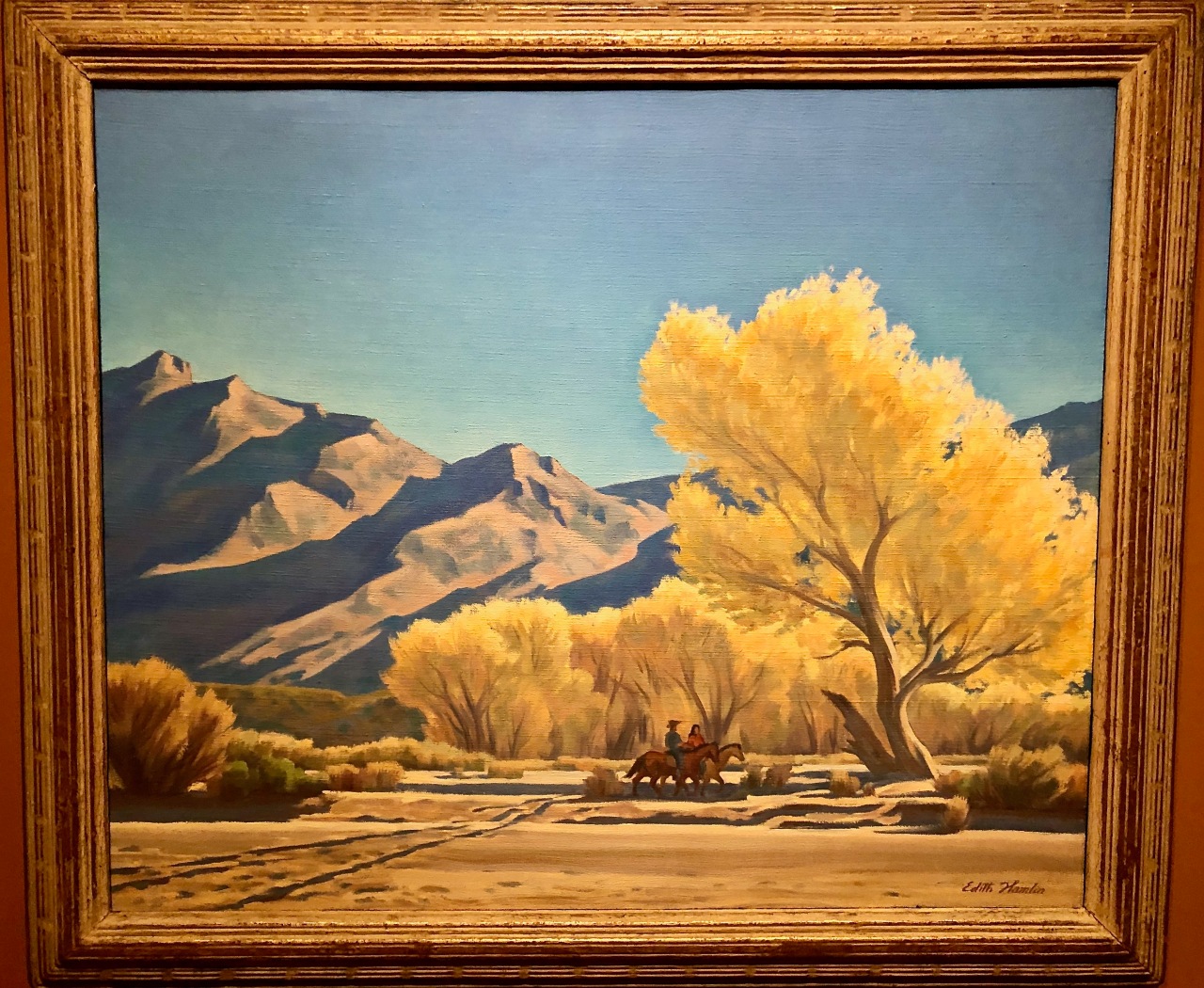 Morning on the Rillito by Edith Anne Hamlin

Now, rillito is a Spanish word meaning little river so though it reminded me of the waterway of the same name in my old hometown I didn’t automatically jump to that conclusion. Until I read the caption, “the Rillito River near Tucson.” The horseback riders reminded me of my childhood in the saddle and the yellow cottonwood trees transported me to those mild and sunny winter days.

As I continued through the galleries, other iconic Arizona images jumped out, like Geronimo and the Grand Canyon. With all these visual reminders, it was a surprisingly nostalgic morning for me.

I spent extra time with His Last Hunt by Allen Eckman. I was fascinated by the details and design of this piece, made of cast paper. The expressiveness and energy of the participants were truly amazing.

While I admired the craftsmanship of Honeymoon at Crow Fair by John Coleman this sculpture in the main lobby was overshadowed by the undulating wall of water behind it. Absolutely mesmerizing!