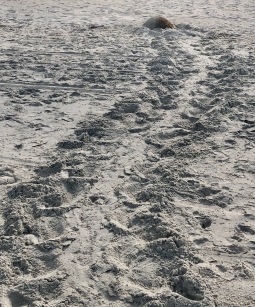 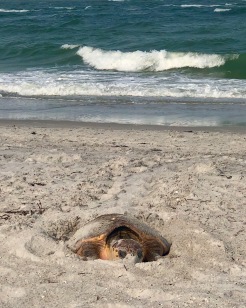 I was fortunate during the beach cleanup yesterday morning to come across this  nesting Loggerhead Sea Turtle (Caretta caretta). Earlier, on my way up the beach, I was pleased to note that two new nests had been staked out, but I didn’t expect to see one in progress.

Some caring people had already drawn a boundary for her in the sand and a police officer was keeping a protective eye on her until the turtle monitoring volunteers could arrive and stake out the nest.

Though Loggerheads roam the world’s oceans, Florida appears to be the preferred nesting area with over 67,000 nests recorded in a recent survey. Keep in mind, that does not equate to that many females coming ashore since each female can produce up to four clutches. That’s still a sizable number!

And in a fitting tribute, I found this sand sculpture nearby: 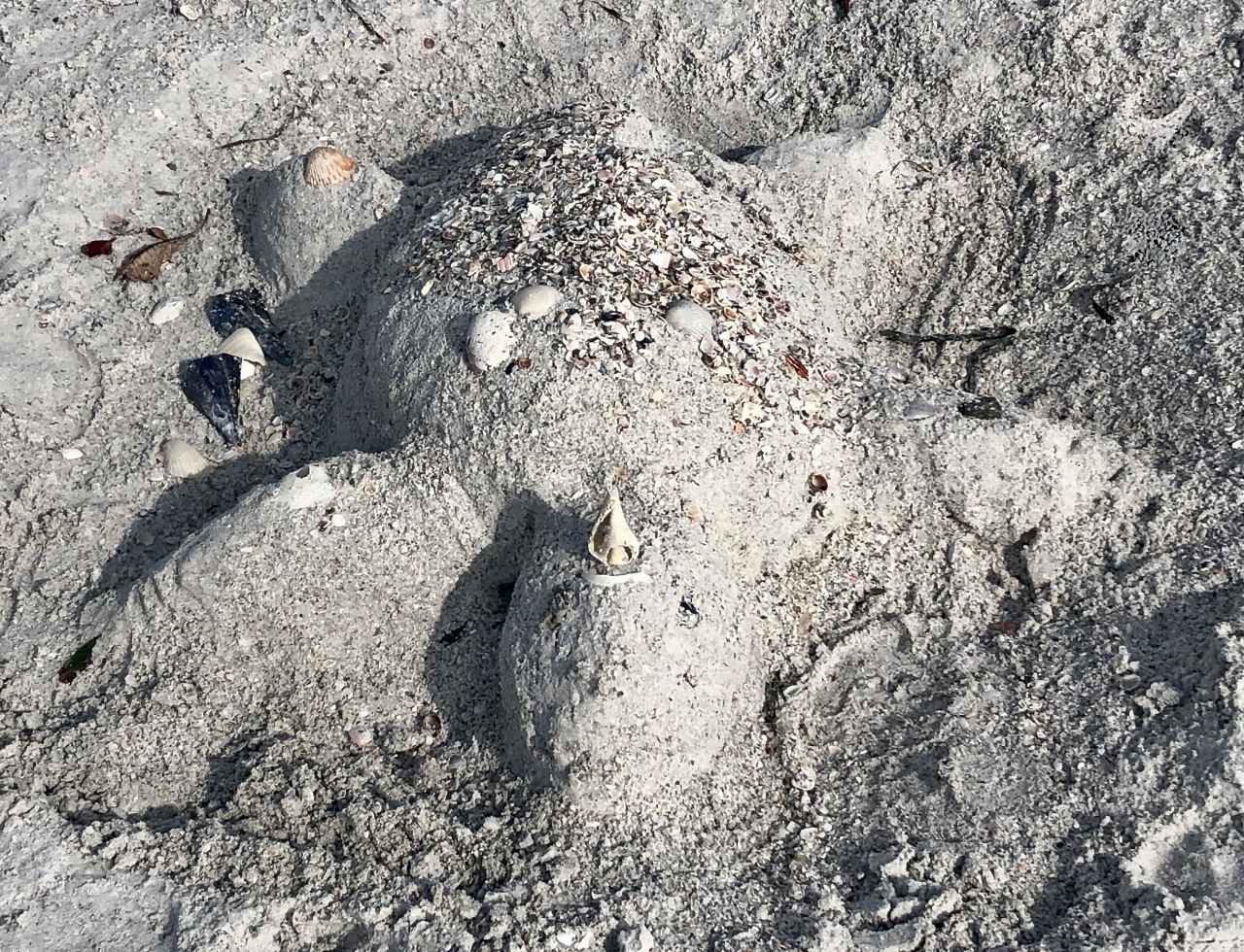