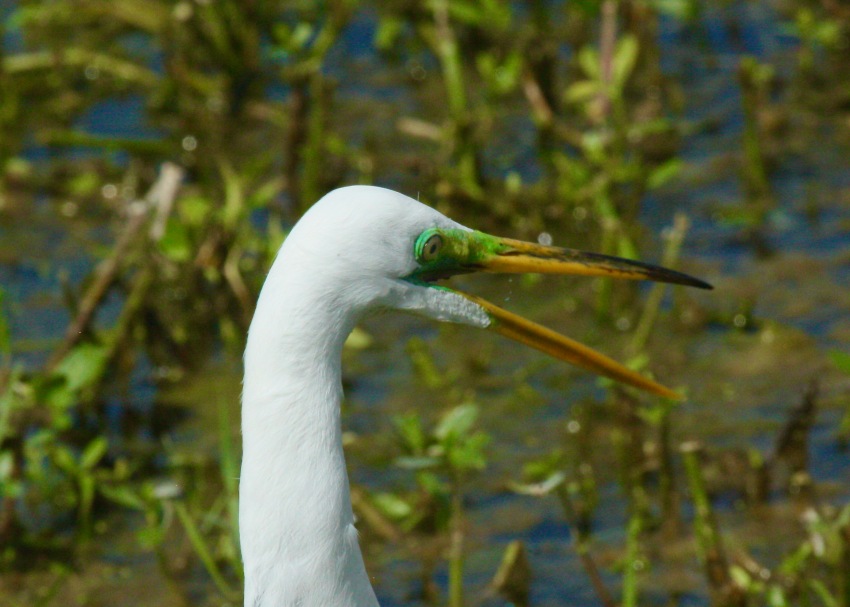 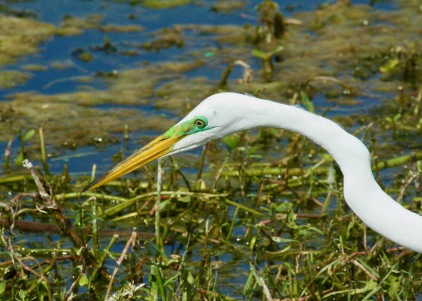 Though it is difficult to distinguish between the sexes in Great Egrets (Ardea alba), I will venture a guess that this brightly-colored one is a male. During breeding season the birds undergo certain enhancements to make them more appealing, in this case that means long, fluffy plume feathers, a more vivid bill, and most strikingly, flourescent green lores (skin patch between the eye and bill).

The male of the species tends to exaggerate these features more and the one I photographed was exceptionally vibrant, hence my determination. Putting on bling to attract a possible mate’s attention. Hmmm, sounds like humans on a Friday night…

It is a conservation success story that these birds are still commonly found. In the late 1800s the frenzy for their long ornamental feathers (used as fashion accessories) almost caused their extirpation. Instead, concerned citizens demanded protections for the birds which led to not only the creation of this country’s first bird sanctuary but the enactment of the Migratory Bird Treaty Act of 1918.

“The statute makes it unlawful without a waiver to pursue, hunt, take, capture, kill, or sell birds listed therein as migratory birds. The statute does not discriminate between live or dead birds and also grants full protection to any bird parts including feathers, eggs, and nests. Over 800 species are currently on the list.”