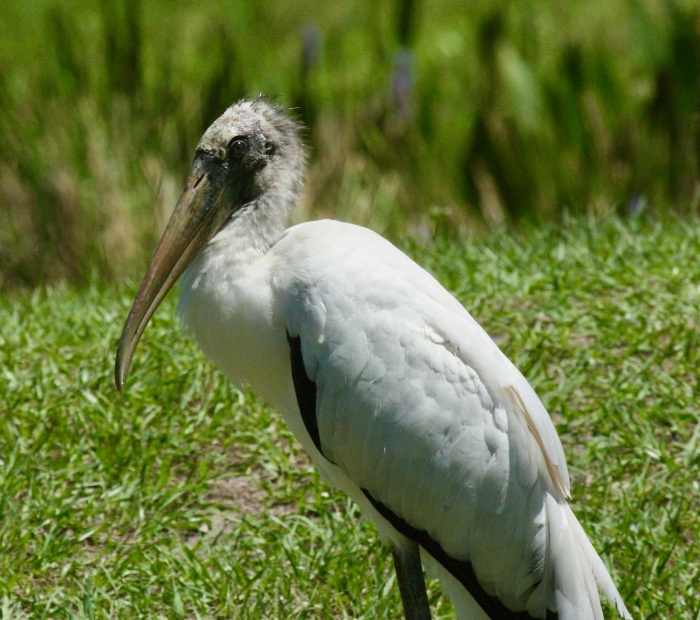 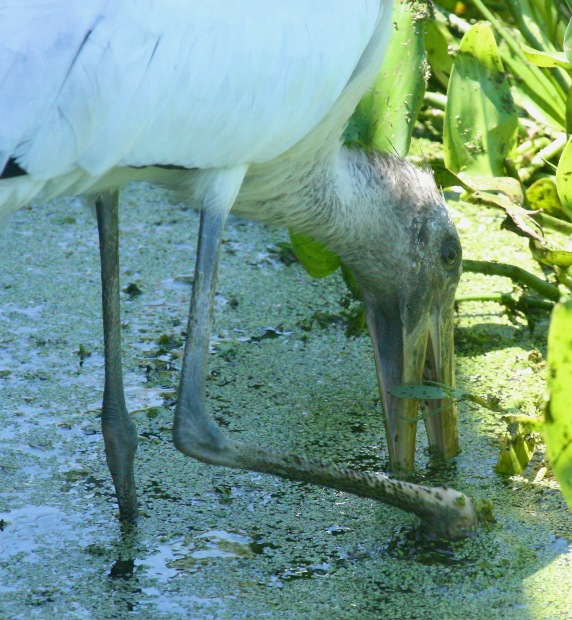 Last week I found this Wood Stork (Mycteria americana) wandering around my favorite nearby oasis, Walsingham Park. The yellow bill and feathery head indicate that it was a juvenile (the bill will turn black and the feathers will disappear from the neck up as it matures).

I followed as it foraged in the shallows, watching it get muddier by the minute. It didn’t seem to have much success with its foot stirring method of hunting, but perhaps that is a skill refined with age?

Standing at 3-4′ tall it is in the same size range as the Great Egret and Blue Heron though nowhere near as lissome in appearance. With its scaly head and neck, to me, it bears a strong resemblance to a vulture. It can even ride thermals like a vulture.

The descriptions are no less kind as it is referred to as hefty with a massive bill. I will say that the black flight and tail feathers flashed with a colorful iridescence. I only wish I’d captured a photo of that!