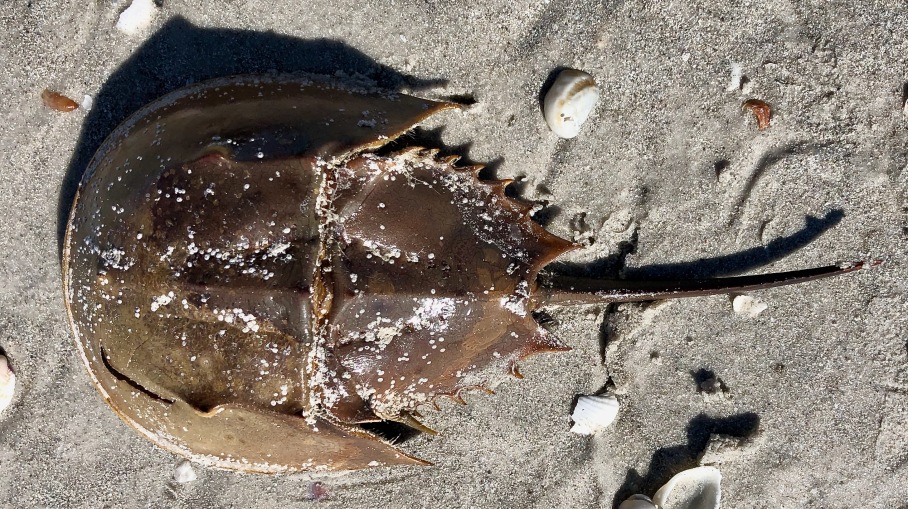 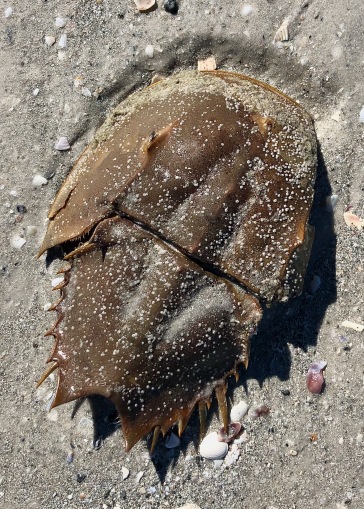 Came across these Atlantic Horseshoe Crab (Limulus polyphemus) exuviae (exoskeletal molts) after a big storm two weeks ago. Contrary to what the common name would have you believe, they are not crustaceans. They are more closely related to spiders than crabs.

In a great example of “if it ain’t broke, don’t fix it” horseshoe crabs haven’t changed much in the past 450 million years. Often referred to as a living fossil, the casual observer wouldn’t notice any difference between a modern one and it’s ancient relative.

Not surprisingly for a species with such a long record, they are key elements of their ecosystem: they are known as “walking museums” since their carapaces can host a range of organisms (algae, mollusks, barnacles, etc), their multitudes of eggs feed hordes of birds during spring migration, and the adults are a favored food of the threatened Loggerhead Sea Turtle.

Lastly, a bit about the scientific name (because I’m geeky like that – you’re welcome). Limulus is Latin for askew (though I can’t determine how it describes them) while Polyphemus is one of the Greek Cyclopes in Homer’s Odyssey (based on a mistaken belief that they only had on eye).