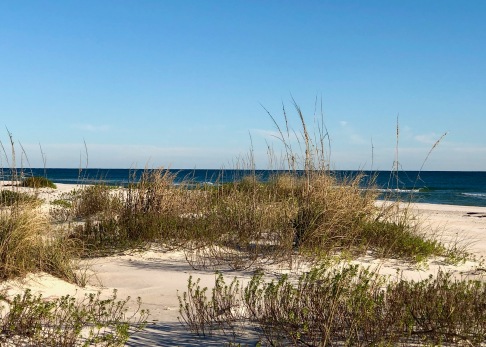 After eight hours of hard driving on Wednesday it was nice to just put in a half day behind the wheel. Even better was arriving in Gulf Shores to a mild and sunny afternoon. I needed some fresh air and to stretch my legs so I pulled into Bon Secour National Wildlife Refuge and hit the Pine Beach Trail.

I had my very own beach, my footprints were the only human tracks in the pristine white sand. The two other sets of tracks belonged to a Great Blue Heron and a Sanderling, and the size contrast between the two is quite striking.

A relaxing way to wind up the day!