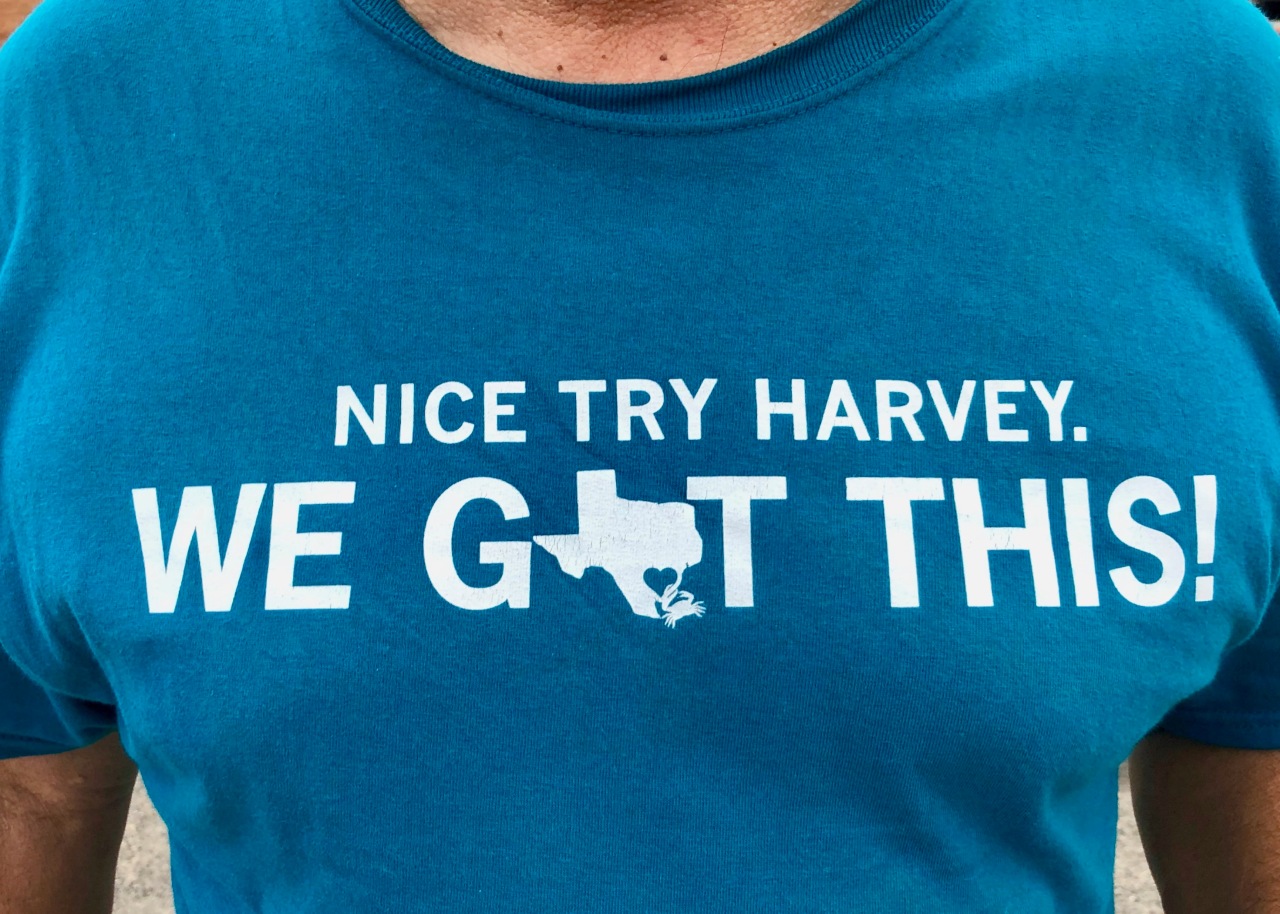 This weekend Rockport hosted the second annual Harvey Encore Block Party. The event was conceived as a way to honor the resilience of the local population after Hurricane Harvey devastated the community in August 2017. Harvey was not only the costliest hurricane to hit Texas but also the deadliest, killing 103 people. In the months that I’ve been here I’ve been impressed by the amount of construction, with new homes and businesses going up all around.

Sadly, there are still so many that haven’t been able to rebuild. Apparently, some property owners didn’t know that in addition to Homeowners they needed to buy separate Flood and Wind Storm policies. It’s a hell of a way to discover they didn’t have the right kind of insurance. Echoing local sentiment, one of the pubs called their celebration the F*$k Harvey Party.