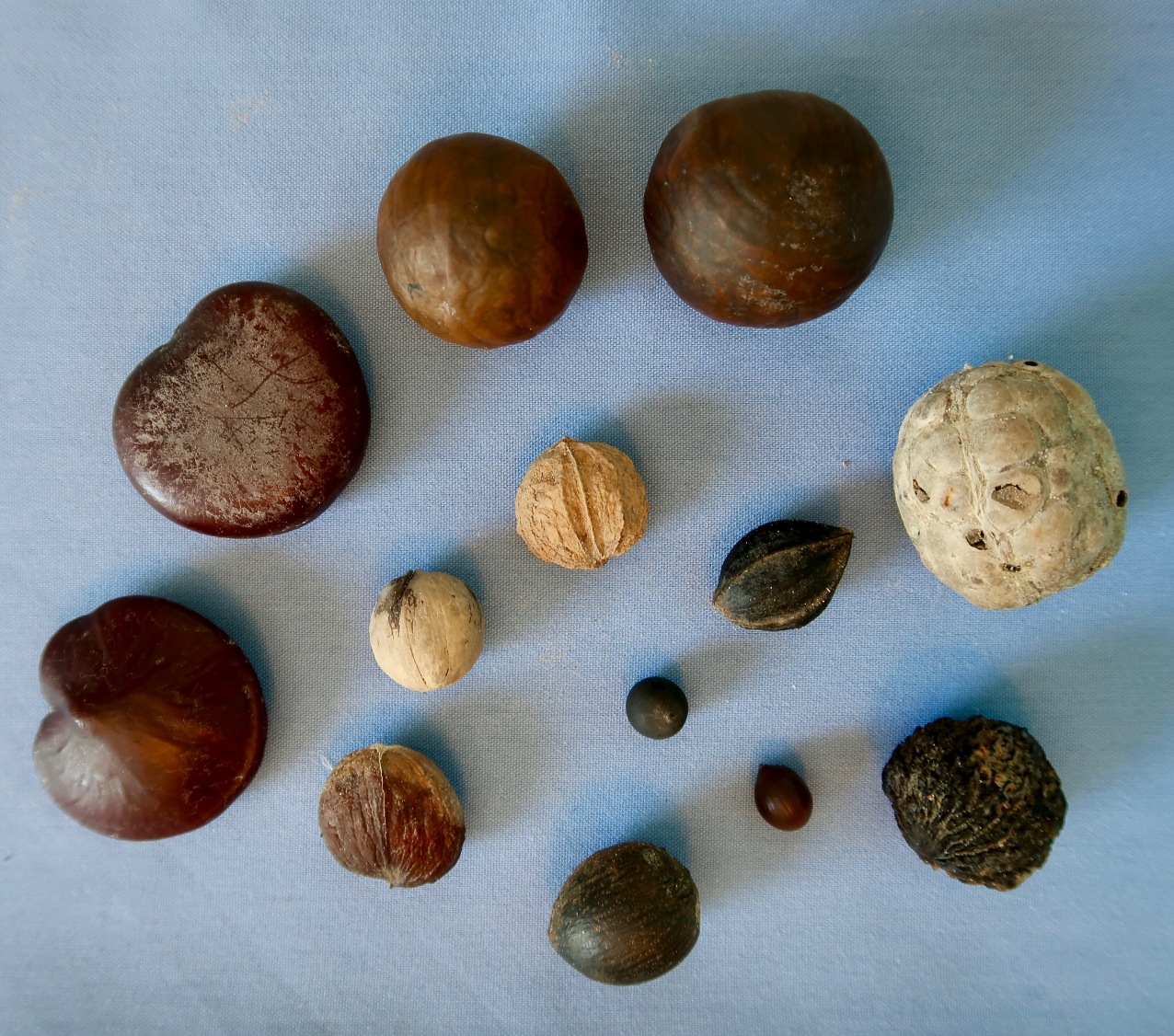 Since it is a barrier island, lots of interesting items wash ashore on Mustang Island. I don’t typically find many shells there but I still enjoy poking in the wrack line looking for treasures. I tend to get a bit excited when I uncover a sea bean.

I haven’t been able to identify all of the ones in the above photo but a few have amazing stories. At the top of the picture, the two ball-shaped seeds are Sea Coconuts (Manicaria saccifera) which, unsurprisingly, come from palm trees in Central America.

The two maroon, heart-shaped seeds to the left of the Sea Coconuts are known as Sea Hearts (Entada gigas). They are the seeds of the monkey ladder vine which grows in Brazil. While the whitish, brain-shaped seed to the right is known as Blister Pod (Sacoglottis amazonica) which grows along the Amazon River.

Think about that for a moment, these seeds float down the Amazon River, out into the Atlantic Ocean, before curling into the Gulf of Mexico, and eventually ending up on the beach for me to find. A journey of at least 3,600 miles. I wonder how long it takes them to make the trip?