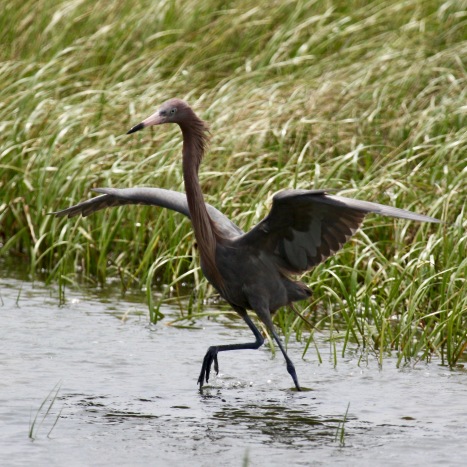 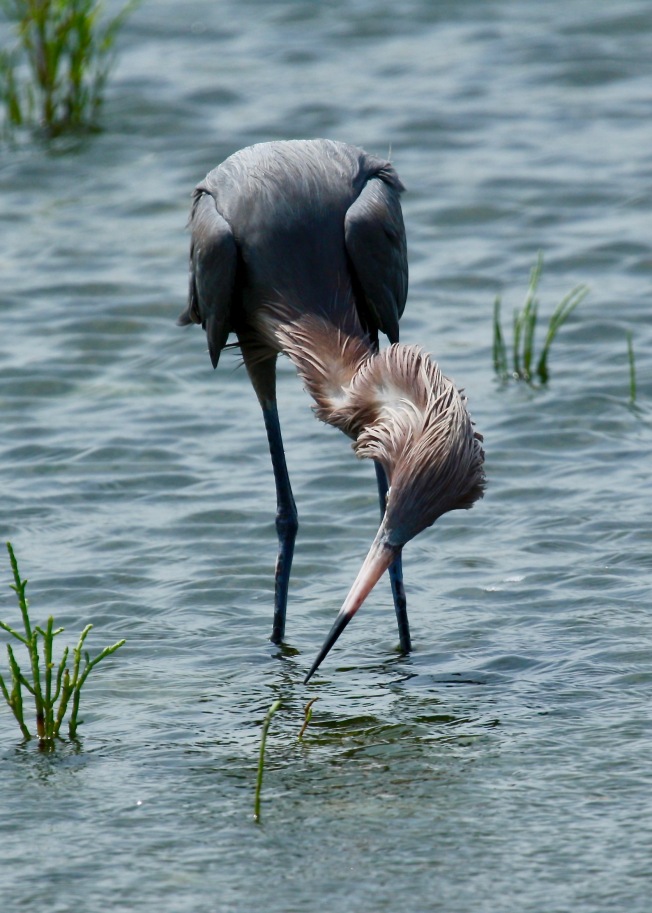 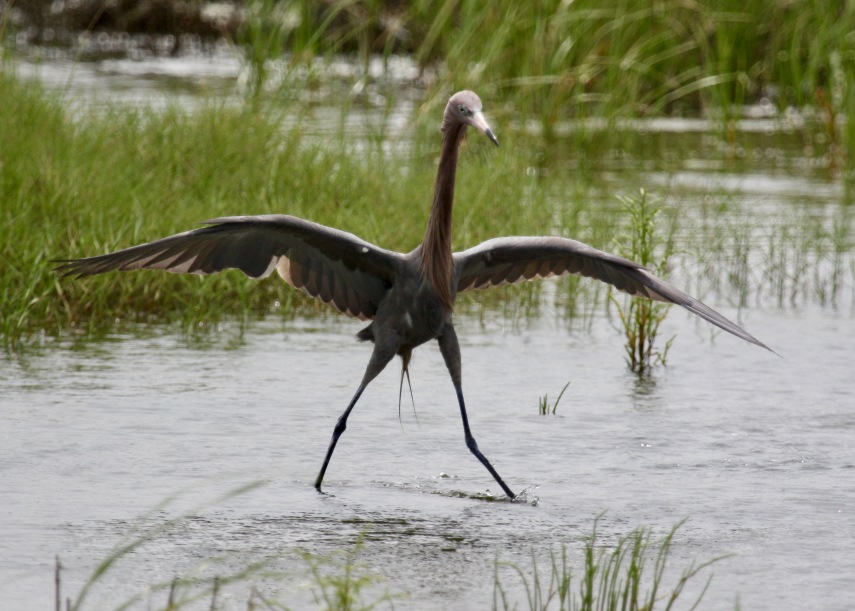 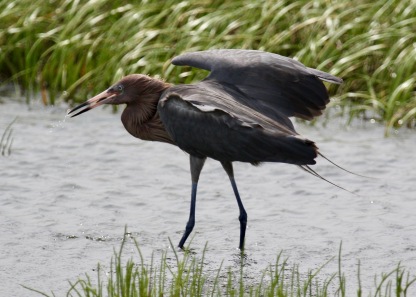 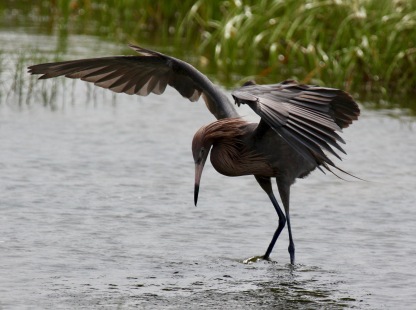 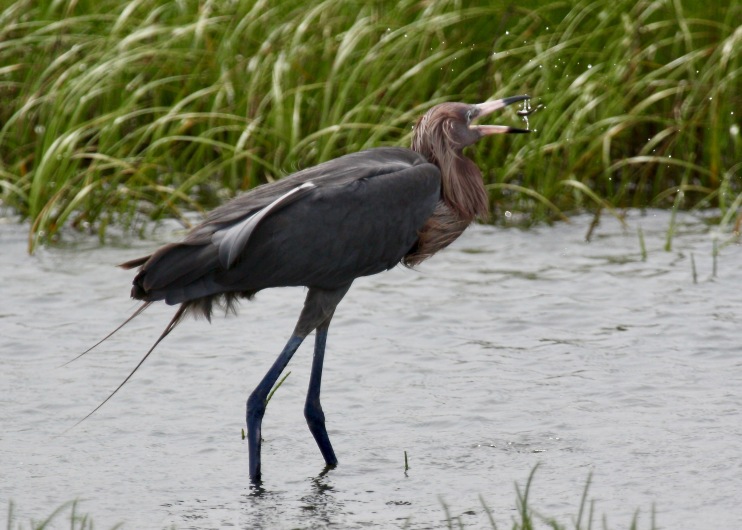 Compared to the staid demeanor of the majority of the heron family, the entertainment value of the Reddish Egret (Egretta rufescens) is off the charts! While the others tend to approach hunting as a study in patience, the Reddish jumps, spins, and flaps its way to a meal. I spent hours the other afternoon captivated by this one’s antics. (The distinction between heron and egret is a bit fuzzy – all egrets are herons but they generally have white feathers and produce white plumes during mating season.)

Surprisingly, this charismatic and active egret has been poorly studied. The species suffered greatly during the plumed hat craze of the late 1800s. Texas Parks and Wildlife estimates there are less than 2,000 nesting pairs in the nation and they are listed as Threatened in this state.

Best to listen to the video with the sound off, I apologize, it was extremely windy that day.