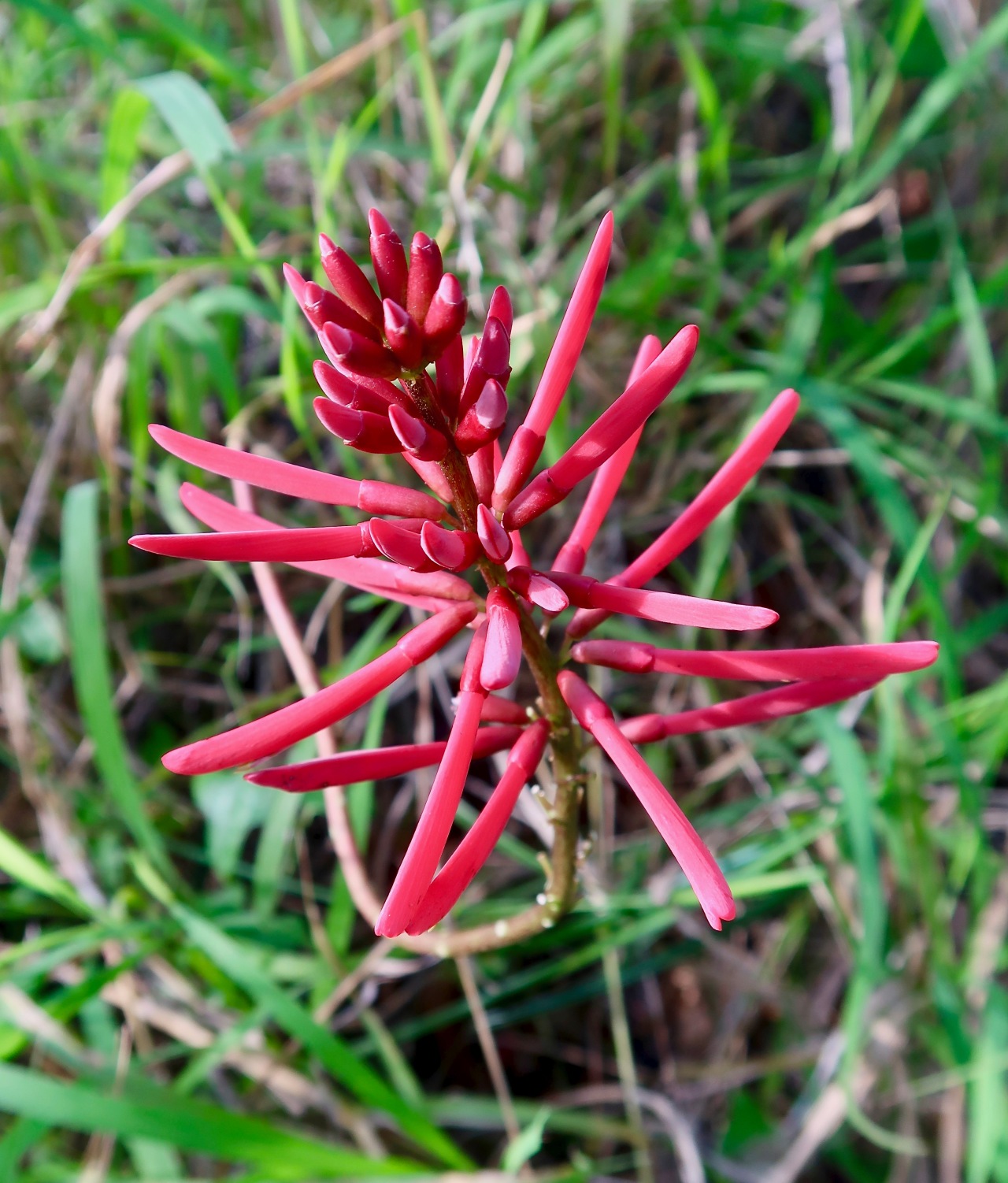 This Eastern Coral Bean (Erythrina herbacea) is very similar to the Western Coral Bean (Erythrina flabelliformis) I grew up with in Tucson. Interestingly, the Eastern has been found growing in isolated populations in Southern Arizona, believed to have been imported through trade by the Mogollon culture. Both species owe their common name to their vibrant red seeds. The plant is full of toxic compounds that can cause paralysis when ingested.

The seeds have been used to make personal adornments, like necklaces, for thousands of years. I once read that Spanish missionaries made rosaries out of them and when they kissed the beads they inhaled the powder and were sickened. Perhaps poetic justice for forcing Catholicism and fealty to the crown onto the indigenous cultures?