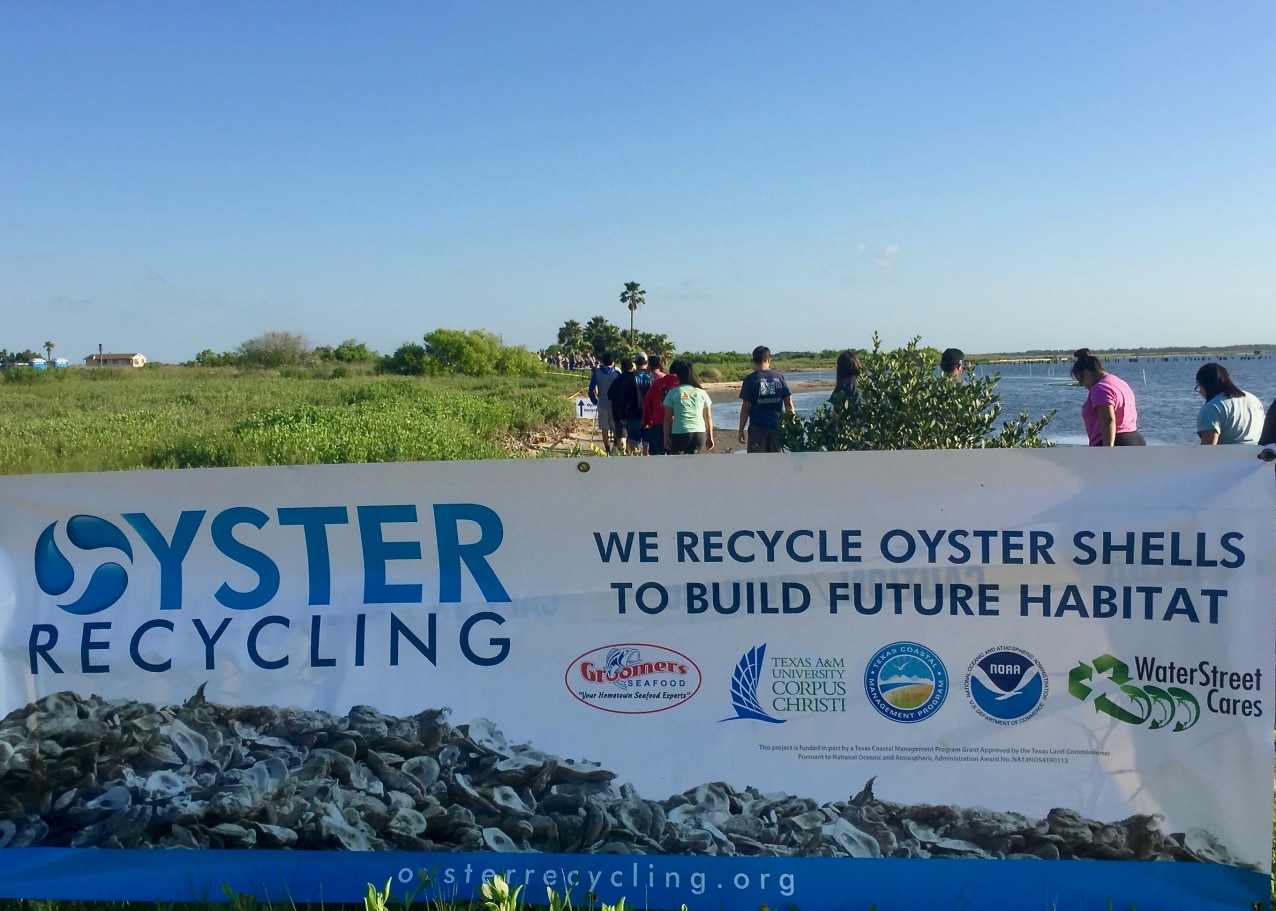 My first week in Rockport I attended a talk about Oyster Reef Restoration efforts in Copano Bay (pronounced similar to Kokomo – the only #1 Beach Boys hit during the 1980s. It was released in 1988 which, unfortunately, coincided with my summer working in a pub in northern Wisconsin. Guess which ditty was the most frequently played on our jukebox? Take a wild guess as to which song made me wanna pull my hair out by the end of the day?).

But, I digress. The speaker outlined the financial impact of oysters, obviously for the oyster industry but also the indirect benefits of oysters (improved water quality, reefs providing safe refuge for the young of dozens of other commercially harvestable species, as well as reducing shoreline erosion).

In recognition of the value of oyster reefs, and to counteract their decline – primarily due to decades of harvesting and an oyster disease called dermo (Perkinsus marinus) – Texas recently enacted a law that requires oyster wholesalers to pay a fee or return an amount of oyster shell to the state. As I mentioned in an earlier post, most wholesalers are opting to pay the fee since they can sell the shells for a much higher price (a main source of calcium for health supplements).

The Harte Research Institute for Gulf of Mexico Studies took it one step further by convincing a few local restaurants to separate used oyster shells from their waste stream to be used in a volunteer reef restoration program called Sink Your Shucks. The program began a reef restoration project at Goose Island State Park in 2012 and I was fortunate to take part in the ongoing effort this morning.

With roughly 75 of us volunteering we filled over 1,000 bags (averaging 5 gallons of shell per bag) and placed them in the bay. It was a bit of a workout but the weather was lovely and it felt good play a small part in this important work. 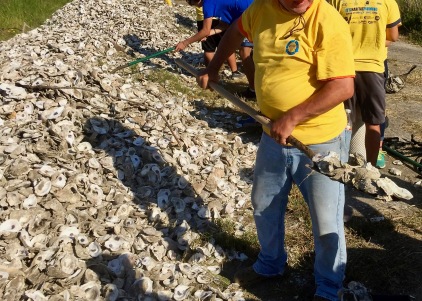 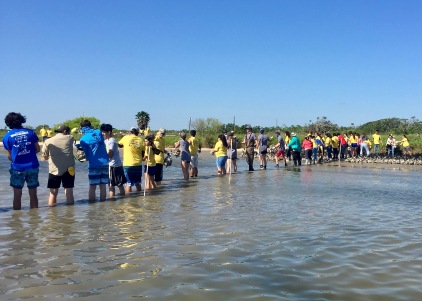