Since I was adopted it has always been a guessing game as to my ethnicity. Using my basic physical characteristics combined with where I was born it was presumed I was Scandinavian with a touch of German. I was born with red hair (which turned blonde when I was a toddler), I’m relatively tall, with a wee bit of a temper.

Fast forward to the miracles of DNA testing. I just received my results tonight and it turns out I am less than 10% Scandinavian and roughly a quarter Germanic. However, the majority of my heritage is centered on the south shore of the Baltic Sea, an area known as Pomerania (from po more, Slavic for “by the sea”). Fascinating! 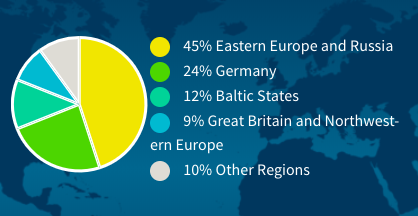