The last two days started out mild and sunny here on the Oregon Coast so I was able ramble along the beach before the storms blustered in. Both days I returned home just before the wind started throwing raindrops around.

The surf wasn’t huge but it was agitated, with medium-sized swells crashing closely together. The Surf Scoters certainly earned their name, floating over the smaller crests and dipping under the larger ones.

I never know what I might find in the wrack line after a storm. Sadly, I am finding more trash lately, primarily bits of hard plastic and plastic packaging. Based on my recent findings, I can report that Snickers has the dubious pleasure of joining Bud Light and Coca Cola in their ubiquitousness in the litter realm.

My “treasures” from the past two mornings consist of a tan plastic figurine and a green plastic container. The former, I have decided, is a beachcomber with a metal detector (most definitely not a soldier searching for landmines). The latter puzzled me until I popped it open to find two perfectly dry and intact joints. I’m sure other folks would’ve figured it out sooner but that’s not the way I roll.

Beachcombing can be a bit challenging at times; keeping one eye on the high tide line while also scanning the ocean watching for sneaker waves. October ushers in the season for these poorly understood yet deadly phenomena. In my opinion, the name is too innocuous for such a surprising onslaught of water. Killer waves would be a better fit since the “little tsunamis” on the Oregon coast average one death a year (more than any other weather hazard).

The danger is two-fold: speed and weight. Sneaker waves surprise people by rushing far up the beach before rapidly returning to the ocean. Salt water, already denser than fresh water without the added weight of floating sand, is a lethal force. A wave only four inches deep can move a five-ton driftwood log.

The guidelines are: Never turn your back on the ocean. Do not fight the current if you are swept away (try to float until the waves lead you closer to shore). Lastly, do not attempt a rescue. It doesn’t matter if it is a dog, daughter, friend, or stranger – you will be swept away as well (forcing the Coast Guard search for two bodies instead of one).

Here’s hoping I never encounter one! 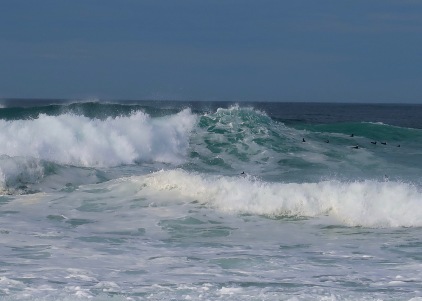 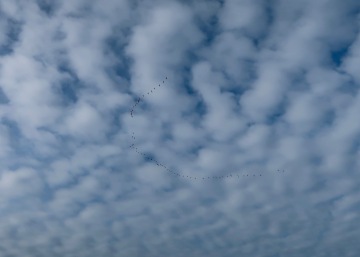