Aggregating Anemones (Anthopleura elegantissima) are amazing! (Forgive me, I couldn’t help myself, the alliteration was too tempting!) Not only do they thrive in the harsh swash zone subjected to: pounding waves, daily cycles of drying, and stomping on by unaware beachgoers. But they can also survive being covered by shifting sand for weeks at a time. Tough little globs of goo!

As if that wasn’t enough to prove their toughness, they replicate by cloning. Which means that they literally tear themselves apart to create two anemones. Each new anemone follows suit and as the name implies, the expanding clonal colony forms a dense mat of anemones across any hard substrate. Sounds like Aggregating Anemones would take over the world since they have few predators (namely one species of sea star, a nudibranch, and a sculpin).

There is one other controlling factor; war. Clonal colonies don’t tolerate different clones (not fans of genetic variation, apparently). The clones at the outer edges of a colony use their acrorhagi (specialized tentacles) to sting the “non-matching” anemone; injuring or even killing it. The visible line between the colonies is proof of the length of their acrorhagi and serves as a demilitarized zone.

So much for being simple lifeforms… 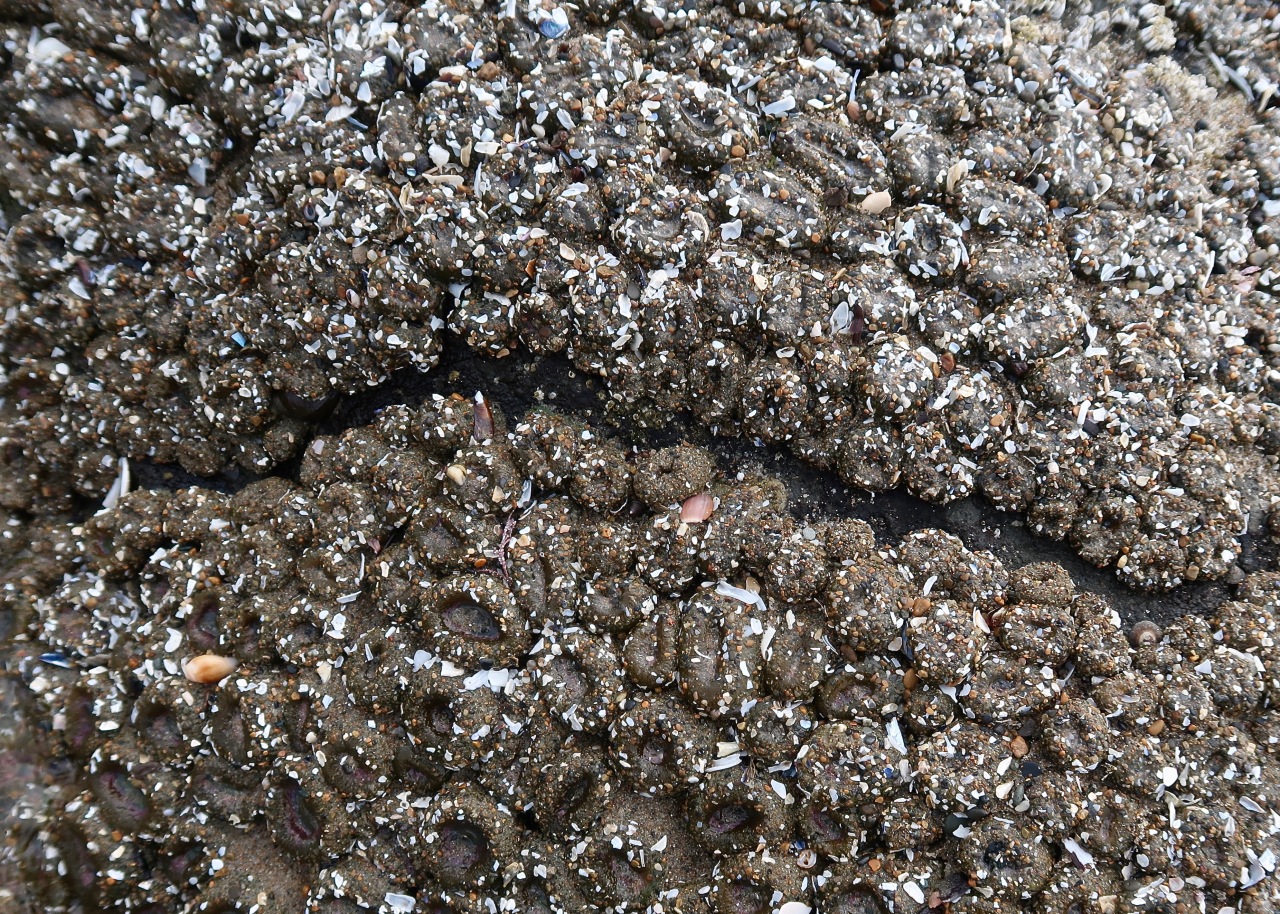