Once native in the United States jaguars were extirpated by hunters encouraged by federal predator policies. In 1997 the jaguar was added to the Endangered Species Act but it wasn’t until 2014 that 764,207-acres were designated protected jaguar habitat (most of that here in southern Arizona).

The handsome male jaguar pictured below, weighing in at roughly 200 pounds, was first spotted in southern Arizona in 2011. Since then he’s been caught on film over 100 times by remote trail cameras in the Santa Rita Mountains, 30 miles south of Tucson. How do they know it’s the same animal? Just like snowflakes, the pattern of each jaguar is unique.

He is one of several jaguars that have been documented over the past 20 years in Arizona. So far all of them have been males. The last known female jaguar in the U.S. was killed by a hunter in the White Mountains of northern Arizona in 1963. Which means we may never have a breeding population here in the States.

It pleases me that they still roam free. Jaguars are magnificent; powerful and intelligent creatures. And as an apex predator their survival in an area means that the ecosystem is in decent shape.

The Center for Biological Diversity is running a contest to name this jaguar as part of a campaign to raise awareness of North America’s biggest cat. Head on over and cast your vote (plus you can look through his photo album). 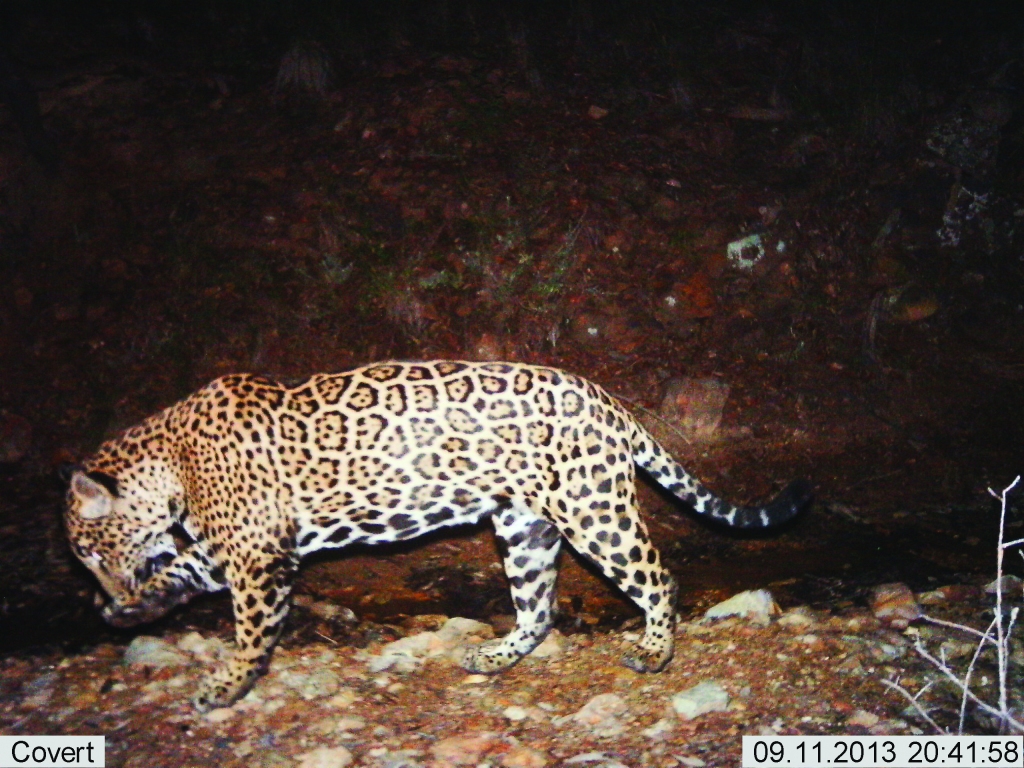